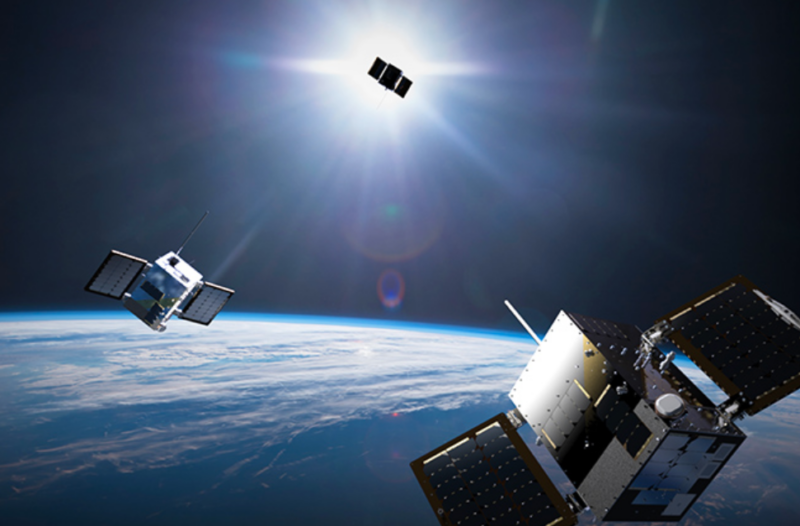 A rendering of a HawkEye 360 cluster of RF satellites. Photo: HawkEye 360

Commercial Radio Frequency (RF) data provider HawkEye 360 has closed a $145 million Series D funding round. The company has now raised a total of $302 million, and its prior Series C round was announced in April of this year at $55 million.

HawkEye 360 has a satellite constellation that tracks RF signals from emitters including VHF marine radios, UHF push-to-talk radios, maritime and land-based radar systems, L-band satellite devices, and emergency beacons. It has a platform that analyzes this data and forms insights for customers.

The company plans to use this funding to expand its satellite constellation and grow its services to customers in the humanitarian, environmental, commercial, and national security sectors.

“We can say with conviction that HawkEye 360 is the undisputed global champion in Radio Frequency analysis, a market we believe will grow to billions of dollars over the next few years,” commented Mark Boggett, CEO of Seraphim Space.

This funding round comes as some of HawkEye’s peers in the imagery and sensing area like Spire, Planet, and BlackSky, are becoming publicly traded through special purpose acquisition companies (SPACs). HawkEye CEO John Serafini recently spoke on Via Satellite’s On Orbit Podcast, and said that’s not the approach HawkEye is taking at this point.

“There’s more maturity that we have to do. We need to get to 10 clusters, 30 satellites providing that kind of revisit rate,” Serafini said, adding that if Hawkeye executes against its milestones, it will be in an “exceptional” position to be a publicly traded company in the long term.