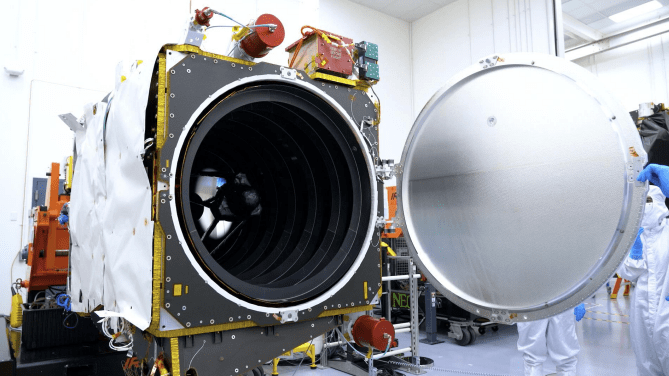 Maxar Technologies reported stable revenue in the third quarter of 2021 compared to the same time period in 2020, and stayed on track for the launch of its first WorldView Legion satellite in the first half of 2022. Maxar stock jumped 20% on Thursday after the results came out after market close on Wednesday.

The Legion constellation is a key program for Maxar. The first satellite was originally set for September 2021 launch, but has been pushed back multiple times because of issues with Honeywell flight software and a Raytheon high-precision optical instrument. CEO Dan Jablonsky said Wednesday that Maxar has received the Honeywell parts and the first Raytheon instrument is integrated.

“We remain on-track for first launch in the March to June window of 2022, and we continue to expect the remainder the constellation will launch three to six months after the first,” Jablonsky said on Wednesday’s investor call.

Maxar attributed the decrease to a drop in “other income,” because of a remeasurement on previously held equity interest in Vricon for the three months ended September 30, 2020. This was partially offset by a $21 million decrease in depreciation and amortization expense.

Earth Intelligence, Maxar’s larger segment, decreased by $3 million in the quarter compared to the same time last year, to $271 million. The decrease was driven by a $20 million decrease in the recognition of deferred revenue related to the EnhancedView Contract and a $6 million decrease in revenue with the U.S. government. This was partially offset by increase in commercial programs and revenue from international defense and intelligence customers.

The Space Infrastructure Segment reported $180 million in Q3, down $1 million from the same time last year. Maxar reported a $16 million decrease in revenues for this segment from U.S. government contracts, partially offset by an increase in revenues from commercial programs of $14 million due to higher volumes.

Total backlog stood at $2.1 billion as of September 30, compared to $1.9 billion as of December 31, 2020. The increase in backlog was driven by increases in both segments.

Jablonsky highlighted awards from the quarter including the 11th renewal of the EnhancedView program, a renewal of the Global-EGD program, and an award to continue development and operations of a classified big data analytics program. Maxar also signed a contract with a fifth U.S. ally to upgrade the country’s ground infrastructure for Legion, and contracts to build two new GEO satellites for Sirius XM.