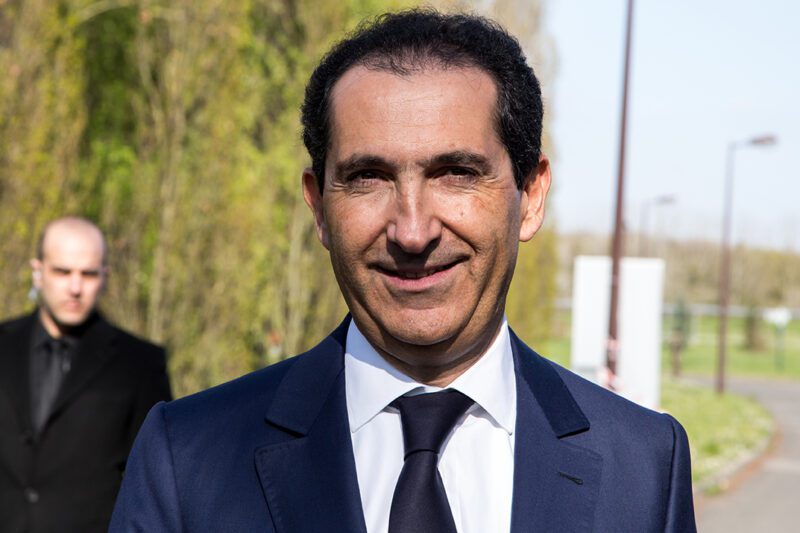 A photo of investor Patrick Drahi from 2016. (Photo from Wikimedia Commons)

In the statements, Eutelsat revealed that it received an unsolicited, preliminary and non-binding proposal from Drahi in connection with a potential transaction on all of the company’s share capital. Drahi’s bid reportedly priced Eutelsat at 12.10 euros per share. Eutelsat said it dismissed the attempt by saying its Board has decided to ‘unanimously decided not to engage’ in discussions regarding this takeover attempt. However, a report in Reuters said discussions remain ‘active’.

It remains to be seen what happens next.

Giles Thorne, a satellite equity analyst at Jefferies said in a research note that he thought it was impossible to say with any conviction why Eutelsat would be of interest to Patrick Drahi at this point. “We are not bereft of ideas (a track record of telecoms value-investing; some strategic alignment with Drahi assets in France / French-speaking Africa), but none hold particular weight. This feels as incongruous as his successful 2019 bid for auction house, Sotheby’s! In our view, Eutelsat has been in value territory for some time, but its candidacy for acquisition was far better suited to in-market consolidation (which these headlines may now precipitate).”

Drahi could be the latest billionaire to make a statement in the satellite industry should he succeed in his aggressive pursuit of Eutelsat. He is BT’s largest single investor and founder and owner of Altice NV, which delivers products and solutions to around 30 million customers over fiber networks and mobile broadband. Altice is also a provider of enterprise digital solutions to millions of business customers.

Drahi has also made his presence felt in the US cable market having acquired both Suddenlink and Cablevision over the last few years in huge acquisitions. Altice USA has around 4.7 million residential customers in the US, giving it a significant presence in the lucrative US telecoms market. But, it is not just in telecoms where Drahi has made a big impression. In 2019, Drahi acquired world renowned auction house, Sothebys in a stunning deal worth $3.7 billion. He has now set his sights on Eutelsat in another fascinating development of the satellite industry.

Roshan Ranjit, a satellite equity analyst at Deutsche Bank said in a research note when looking at the potential rationale behind the deal, “Whilst one angle for this bid could be the strategic value of being able to provide satellite broadband capacity across Europe, perhaps augmenting the footprint in France as SFR rolls out its FTTH network, we think this connection is limited. Eutelsat has no video exposure in North America, but does have capacity to deploy in the region so there could be a consumer broadband opportunity given the Altice US stake. Consolidation in satellites is a key topic but given Government holdings, BPI owns c.20 percent in Eutelsat this remains a hurdle, although recently operators (particularly Eutelsat) have been more constructive. He (Drahi) has been a strong supporter of the value of telco infrastructure, and led European telcos on the early monetisation of towers and fiber assets. Yesterday’s bid supports our view that satellite valuations do not fully reflect the value of the infrastructure and connectivity they provide, particularly as they enter a lower capex mode in the coming years.”