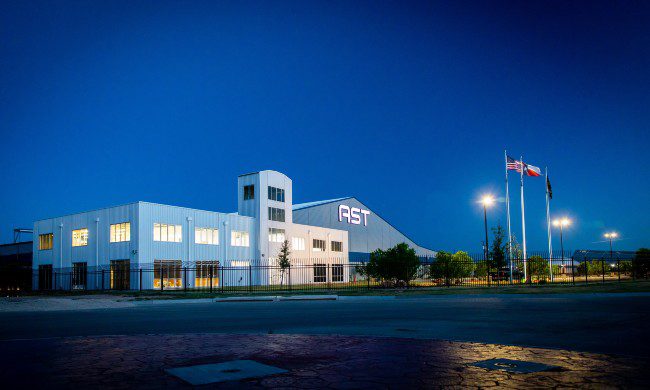 AST SpaceMobile, which is working to build a space-to-cell network, posted its first set of financial results after going public in April.

AST SpaceMobile is preparing for the launch of its second prototype spacecraft BlueWalker 3, in March 2022 on a SpaceX mission. This satellite will be used for space-to-cell network testing in partnership with mobile network operators. The company also announced Monday that it is finalizing an MoU with South African mobile network operator MTN Group for testing alongside BlueWalker 3 in two initial countries.

AST SpaceMobile has invested $51.7 million in the BlueWalker 3 satellite, and expects to invest an additional $14 million to $16 million in order to bring the project to completion. Yet in its plan for a constellation of 168 satellites, the company plans for an average cost per satellite to be in the $10 million to $11.5 million range.

Blue Walker 3 features one of the largest phased arrays ever set to be deployed in space, measuring 693 square feet. The company said this size is necessary to generate the power and signal strength required to communicate with small mobile phones hundreds of miles away.