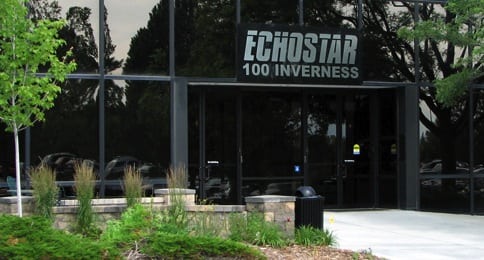 In its financial results released Thursday for the Fourth Quarter (Q4) that ended on Dec. 31, 2019, Echostar reported $499 million in revenue. This was an increase of about $45 million, or 10% from Q4 in 2018. But Echostar’s net loss from continuing operations was $56.3 million. This was a decrease of loss by $72.5 million from last year. The company attributed the decreased loss to an impairment of long-lived asset of $65.2 million in Q4-18, higher net gains on investments, and higher operating income.

Most of Echostar’s revenue growth was from its Hughes Network Systems subsidiary, which posted revenue of approximately $492 million in Q4, a 10.6% increase from 2018 Q4. Hughes broadband subscribers were approximately 1,477,000 at the end of 2019 including approximately 237,000 subscribers in Central and South America.

In addition, Echostar reported a consolidated Adjusted EBITDA of $155.9 million, an increase of 19% year-over-year. Hughes segment Adjusted EBITDA increased by $25.9 million, which the company attributed to higher revenue and associated margin from its consumer business and enterprise equipment sales.

Michael Dugan, CEO and President of EchoStar said he was “pleased” with the Q4 and full year performance: “We grew our revenue and Adjusted EBITDA from 2018.  We completed a transformative spin-off of our BSS business to DISH Network Corporation as well as additional strategic transactions that allow us to focus on the growing broadband and connectivity markets.  We concluded our joint venture with Yahsat in Brazil in November, and as part of that transaction, acquired approximately 20,000 additional consumer subscribers.  Operationally, we grew our consumer subscriber base by another 20,000 in the fourth quarter driven by our international markets which brings our broadband subscriber total to approximately 1.477 million as of year-end 2019. Until our EchoStar 24/J3 satellite is launched, we are focused on increasing the yield on our existing assets and are continuing to explore opportunities in pursuit of our strategy of being a global connectivity provider.”