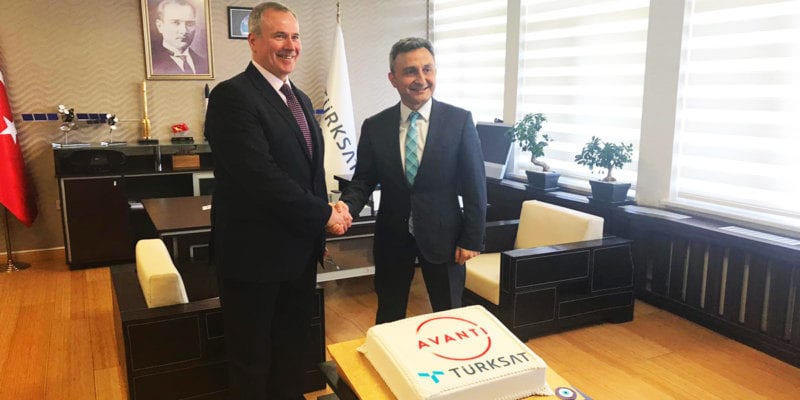 Photo Courtesy of Avanti and Turksat

Avanti Communications has issued a very brief update on numbers for the six months to the end of June. The company announced that its half year EBITDA was in line with budget. It also said that its backlog has increased 80 percent to $156.4 million at 30 June 2019, including 1.8 Ghz of capacity sold to Turksat (30 June 2018: $87 million). The company issued the update, Aug. 28.

Avanti’s Hylas 3 satellite was successfully launched earlier this month. Hylas 3 has a multi-beam steerable cluster. enabling mobile and broadband coverage to be moved to where it is needed within minutes.

In terms of its latest numbers, Kyle Whitehill, Avanti’s CEO said, “The steady progress in the first half of 2019 has set the foundations for the remainder of the year. We expect to see a material contribution from Government bandwidth opportunities in the second half of 2019.”