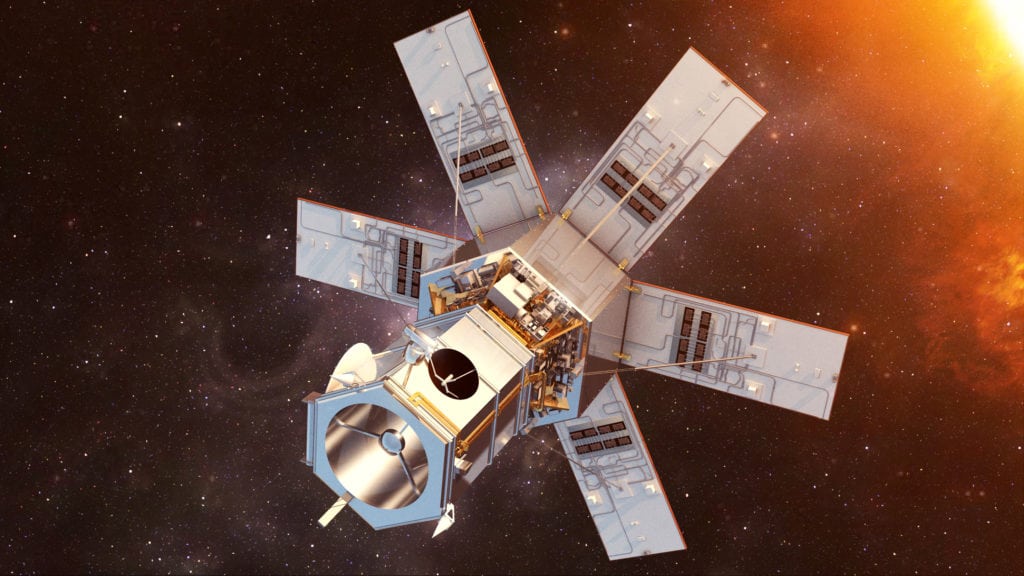 Maxar Technologies reported its financial results for its Second Quarter (Q2) 2019 ended June 30, in which revenues took a decline. Revenues were reported at $490 million, a decrease of about 15.4 percent compared to Q2 2018. The decrease was primarily attributed to a $73 million decrease in the Space Systems segment and an $11 million decrease in the Imagery segment. These decreases were partially offset by an $8 million increase in revenues in the Services segment.

For Q2 2019, Adjusted EBITDA was reported at $129 million, compared to Adjusted EBITDA for Q2 2018. The decline was driven largely by lower Adjusted EBITDA from the Imagery segment and higher corporate and other unallocated expenses, partially offset by an increase in the Space Systems segment.

For the three months ended June 30, 2019, there was a net income of $146 million compared to net loss of $40 million in the comparative period of 2018. The increase is primarily driven by the receipt of satellite insurance proceeds in the second quarter of 2019.

Earlier this year, Maxar’s WorldView-4 satellite failed — its Control Moment Gyros (CMGs), prevented the satellite from collecting imagery due to the loss of an axis of stability. As a result, analysts downgraded their recommendations on the stock.

Maxar Chief Financial Officer (CFO) Biggs Porter admits that “Second quarter results were largely consistent with expectations,” and that “Cash flows and earnings benefited from the recovery of insurance proceeds related to the loss of the World-View 4 while Adjusted EBITDA experienced quarter over quarter growth given recent restructuring efforts and improved profitability.”

Maxar Technologies President and CEO Dan Jablonksy commented on the results: “We made solid progress this quarter on our near-term priorities to position Maxar for sustained top and bottom-line growth. We continued to track options to reduce debt and leverage levels, re-engineer the Space Solutions business, position our Imagery, Services, and MDA businesses for long-term growth, and create a leaner, more agile organization with a reduced cost structure.”

Jablonsky continued, “This quarter, we garnered some important wins, including NASA’s Power Propulsion Element for the Artemis program, we signed a study contract with National Reconnaissance Office to assess Maxar’s current and future capabilities and added an additional country to the installed base for the Company’s Rapid Access Program. Our Services business generated a greater than one book-to-bill again this quarter, and MDA started work on the Canadian Surface Combatant program and signed an award with the Canadian government for flight-ready repeaters that will be launched on the U.S. Air Force’s GPS III satellites. Finally, we continued to advance our organizational re-engineering to strengthen our financial position and drive long-term value for our shareholders and customers.”

Additionally, Maxar-built Intelsat 39 was launched this week, which will provide video distribution and connectivity services for mobile network operators, enterprises, governmental entities, as well as aeronautical and maritime service providers operating in Africa, Asia, Europe and the Middle East.

Yet Thanos Moschopoulos, a satellite equity analyst at BMO Capital Markets, is still apprehensive in his Financial Year (FY) 2020/2021 outlook. He said in a research note, “We’ve raised our target price to US$8.00 and remain Market Perform on MAXR following Q2/19 results, as we remain apprehensive with respect to balance sheet risk and the FY2020/2021 outlook for the Space Solutions business. That said, the stock is inexpensive, and there may be potential upside beyond our target contingent on potential contract wins and asset sales. Q2/19 results were light on revenue and cash flow (relative to our model), although adjusted EBITDA was in line, as was FY2019 EBITDA and cash flow guidance. Overall, we’ve made minor changes to our model.”