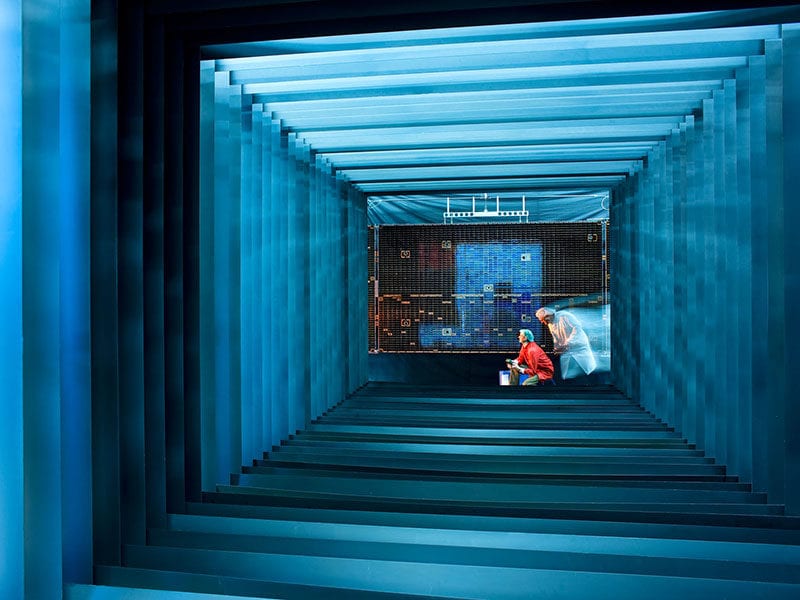 Airbus is expanding its aerospace activities at its site in Ottobrunn/Taufkirchen, near Munich, Germany. Bavarian Minister-President Markus Söder and Airbus Defense and Space Chief Executive Officer (CEO) Dirk Hoke, gave the green light for the modernization of solar array production for satellites, and for the commissioning of expanded clean rooms for optical satellite instruments. In total, the company will be investing approximately $28.2 million (25 million euros).

In February 2019, Airbus will begin building an Industry 4.0 factory to automate and digitalize the production of solar arrays for satellites. This will entail a complete revamp of the production building, during which it will be expanded. A robotic assembly line will also be introduced. The investment is worth $16.9 million (15 million euros), and the the automated assembly line aims to allow throughput times and costs to be halved.

In addition, Airbus will use the clean room for the integration of satellite-based optical instruments, an area in which Airbus has invested over $11.3 million (10 million euros) at its Ottobrunn/Taufkirchen site. The new clean room will be used by some of the 150 employees in the Optical Instruments business unit to build the MERLIN (Methane Remote Sensing Lidar Mission) instrument. MERLIN is a Franco-German satellite project to measure the methane concentration in Earth’s atmosphere to improve understanding of climate change.