Kymeta CEO on the Future of the Mobile Communications Market 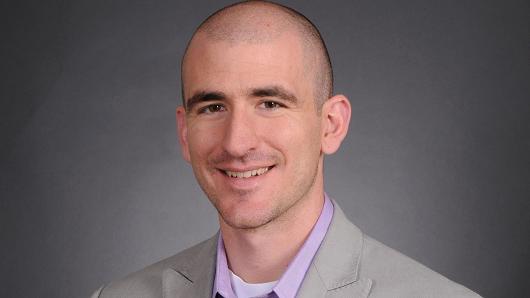 Kymeta plans to tackle both the issues of limited coverage and capacity in the mobile space with its long-awaited mTenna product line, which the company intends to release this coming May. Nathan Kundtz, chief executive officer of Kymeta, also told Via Satellite that the company plans to go one step further by partnering with Intelsat to introduce Kalo, a suite of network services supporting the satellite antenna.

Mobile communications has run into a roadblock, as the limitations of broadband networks have made it difficult for existing technology to satisfy our growing connectivity needs. If you’re in a boat or a plane, or even driving outside the range of those terrestrial broadband networks, you lose the connectivity so many of us rely on. And let’s not forget the ever-looming issue of congestion: spectrum is a shared but limited resource, and competition for it has sent the price tag skyrocketing.

Kundtz believes the introduction of the mTenna line is a transformative moment for the mobile communications industry for a number of reasons. The first is fairly straightforward: “This is not only the first time a Flat Panel Antenna (FPA) will be commercially available, but the world’s largest satellite operator has put together a network to support it,” he said. “It’s important to recognize that all of the conversations around FPAs have been around what is being developed and not what is here. This is the first time you’re hearing somebody say ‘it’s here’.”

There certainly have been numerous efforts and billions of dollars poured into research to make this kind of technology commercially viable, but as Kundtz notes, it’s a difficult endeavor. “We really had to go back to fundamental science and come up with a completely new approach,” he said. “Just about everybody pursues FPAs in the same way, which they say it’s going to be a phased array architecture and we need to make cheaper phase shifters. That just doesn’t work. It’s a broken strategy because it doesn’t address the reliability of those systems, and it doesn’t address the complexity that drives costs for the system outside of the phase shifting elements themselves.”

Specifically, some of the biggest hurdles included getting rid of moving parts, which frequently break, and minimizing weight and power consumption, all while ensuring the antenna is still cost-effective to manufacture. To achieve this, Kymeta went back to the drawing board and invented an entirely new architecture for its mTenna product line. As Via Satellite previously reported, the antenna uses reconfigurable, holographic Liquid Crystal Display (LCD) technology for all its active regions, which allows Kymeta to reduce production costs by sharing production lines with TV manufacturers such as Sharp.

Cybersecurity is always a topic of interest when discussing satellite communications, and is especially relevant as Kymeta hopes to connect “civilian armored vehicles” used by government officials, for example. Kundtz offered two reassurances: one, that satellites naturally lend themselves to a more secure environment because the entry points to user terminals are physically controlled (unlike a cellular network). “And if you want to restrict that access from the broader internet it is possible to do so,” he said. Two, Kundtz is confident Intelsat has the experience necessary to oversee the sensitive information in its networks, due to its ongoing contracts with the government and armed forces.

As for the future, Kundtz is optimistic the mTenna product line will become standard for mobile communications as its network services grow and the technology evolves. “Unlike a lot of the other technology that you see in the satellite world, this is generation one. There’s a lot that we will do over time to continue to refine and improve [it], and make it better, cheaper, and faster,” he said.

Kymeta also plans to expand its product line with a high-band antenna that will address connectivity over Asia-Pacific, as well as a combiner (an aggregate of multiple antennas) in hopes of pursuing scalability into difference performance levels. Both products are expected to launch as early as the third quarter of this year.