Spire CEO: We are Launching Satellites Every Month 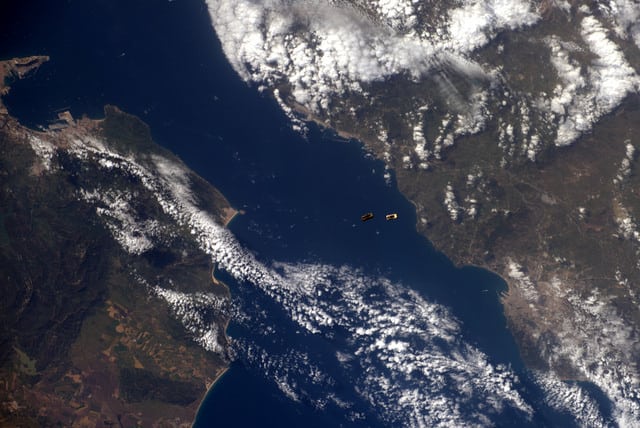 Spire’s holdup is not in the company’s ability to gain customers, produce satellites, or sign launch contracts. On the contrary, the company recently won a landmark contract with the National Oceanic and Atmospheric Administration (NOAA) in the U.S., has been in the spotlight for effectively producing and using small satellites, or smallsats, and has inked launch agreements with a wide variety of providers, including India’s Antrix. Peter Platzer, CEO of Spire, told Via Satellite that the main obstacle in getting the company’s satellites to orbit has simply been launches not happening when they are originally scheduled.

“Launch delay is just the nature of the industry,” Platzer said. “We are literally on every single rocket that goes to 400 to 600 kilometers. We mitigate it as much as we can, but we are limited by that.”

Most recently, four Spire satellites made their way to space aboard Orbital ATK’s International Space Station (ISS)-bound Cygnus space vehicle, which launched Oct. 17 atop the redesigned Antares rocket. NanoRacks has integrated the four “Lemur 2” satellites on its external deployer attached to Cygnus, which will release the cubesats after Cygnus completes its primary NASA mission and departs from the ISS. Spire also contracted up to 12 Electron launch missions with Rocket Lab back in February, becoming one of the dedicated smallsat launcher’s largest publically announced customers. Platzer said many more missions are planned as well.

Spire satellites provide GPS-based Radio Occultation (GPS-RO) data for commercial weather as well as Automatic Identification System (AIS) data for global ship tracking. Along with co-winner GeoOptics, NOAA has asked Spire to provide GPS-RO data for the agency’s Commercial Weather Data Pilot, the evaluation of which could lead to larger procurement of commercially-provided weather data for operational use in NOAA’s weather forecast. Platzer said the company is targeting the creation of at least 100,000 daily atmospheric profiles, with its satellites logging tens of thousands of profiles per day by next year. He estimates the market for GPS-RO profiles could be upwards of 500,000, making room for multiple commercial providers as well as government programs like NOAA’s Constellation Observing System for Meteorology, Ionosphere, and Climate 2 (COSMIC 2).

Before the NOAA contract, Spire already built commercial demand for its services from other customers. In addition to other weather agencies, Platzer said there are multiple markets beyond just government that have an interest in limiting the economic impact of extreme weather events by using space-based observations.

Spire presented the world’s first commercially collected and processed GPS-RO profiles this year at the International Radio Occultation Working Group (IROWG) conference. Platzer said the company was able to demonstrate that a commercial company could collect GPS-RO profiles and perform the necessary processing to convert them to atmospheric profiles. While highlighting that this feat was something many doubted could be done commercially, Platzer quickly adds that Spire relied heavily on government-supported research from NOAA, NASA, the Wegener Institute, the DLR, and others.

“That’s a capability that only sits in a handful of governments and institutions across the world, and also was considered to be quite hard to do. There were definitely voices that raised concern if it ever could be done by a private sector company, [but] Spire did not do that by itself. We did it by standing on the shoulders of giants,” he said.

Though remote sensing satellites are known for creating massive amounts of data, Platzer said Spire has been able to draw from other investments in big data from industries like social media that have already scaled to handle petabytes of data on a regular basis. These have an easy time dealing with tens and hundreds of gigabytes of data from Low Earth Orbit (LEO) constellations, he said.
Spire estimates that weather impacts $26 trillion of the global economy, and that 10 percent of that impact can be mitigated. Platzer also noted that launch cadence appears to be on the rise globally, increasing mission predictability for Spire as the company seeks to create greater weather predictability for customers.

“Weather forecasting is probably never going to be 100 percent perfect, but clearly more data as well as better models and more compute power will allow better forecasts that can mitigate some of those extreme weather impacts. I think with climate change you are going to see more and more of those extreme weather events, so more data is better,” he said. “We can use every single GPS-RO profile we can get.”