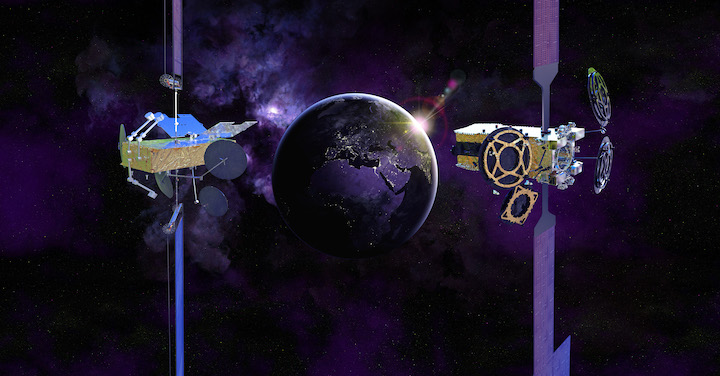 ASTRA 1P will be a classic wide-beam satellite, based on the Thales electric Spacebus NEO platform. ASTRA 1Q, will be a next-generation digital satellite with both wide beams and high-throughput spot beams. SES said this will allow the company to customize the satellite in orbit and deploy capacity to other orbital video and data customers. It will be based on the Thales software-defined Space Inspire platform.

“Our prime TV neighbourhood at 19.2 degrees East is one of our most valuable assets and has been key to enabling renowned European broadcasters to grow their TV audiences in the last 30 years. These two satellites will have the resiliency, reliability and redundancy that our video customers need, and will be able to deliver continued premium services well into 2040,” Collar said.

Financial terms of the deal were not disclosed, but SES said these satellites have been in the company’s existing 2021-2025 capital expenditure plans.