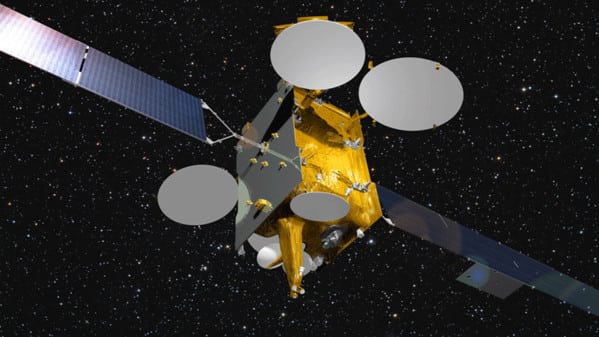 Ukrainian broadcaster Zeonbud has signed an agreement with Eutelsat Communications for capacity on the EUTELSAT 9B satellite for broadcast distribution.

The long-term contract was announced Monday. Eutelsat capacity will power Zeonbud’s Digital Terrestrial Television (DTT) network and “potentially extend its offer to a DTH [Direct to Home] service beyond the reach of its existing tower infrastructure.” Financial terms were not disclosed.

EUTELSAT 9B sits at 9 degrees East orbital location and has regional footprints in Germany, Greece, Italy, and the Nordics with the Baltics and Ukraine.

“We are delighted to partner with Eutelsat and leverage the 9 degrees East position to ensure the best quality of service delivery of our national channels to our viewers, and access the optionality of extending our reach through alternative distribution models,” commented Zeonbud CEO Irina Alyabyeva.