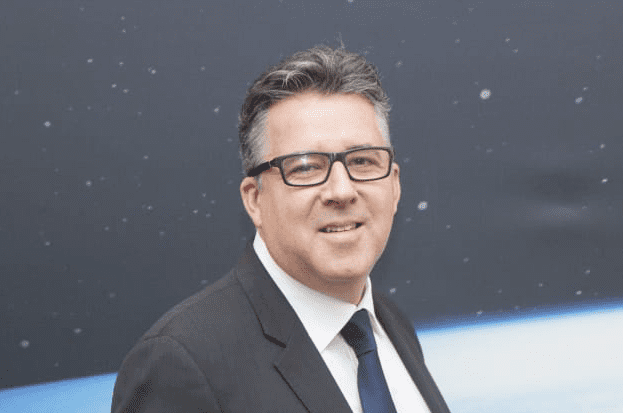 Gerry O’Sullivan, Eutelsat’s executive vice president of Global TV and Video is leaving the company, according to an internal memo shared with Via Satellite. O’Sullivan, who has held the role since November 2017, plans to pursue opportunities closer to his home in the United Kingdom.

O’Sullivan led the launch of new initiatives in Eutelsat’s Video business unit, including the Cirrus cloud hybrid satellite Over-the-Top (OTT) delivery solution which was launched in 2018. He also enabled the launch of the world’s first 8K TV channel.

O’Sullivan is an international media executive and his career has included senior roles with broadcasters and system operators, including the BBC, BSkyB, Deutsche Telekom, Digicel, Fox News, and ABC.

O’Sullivan led Eutelsat’s key revenue vertical. Video makes up the largest portion of Eutelsat’s revenue — 61% of revenues in its full-year 2019-20 financial results. In Eutelsat’s recent first quarter investor call, CFO Sandrine Téran highlighted that broadcast revenue at the company has been stable over the last 13 quarters, which is unique in the satellite industry. She attributed this stability to Eutelsat’s geographic exposure, its absence from the North American market, the resiliency of DTH broadcasting, and channel growth in emerging markets.