Eurovision Media Services to Use AsiaSat5 for 2017 Universiade Delivery 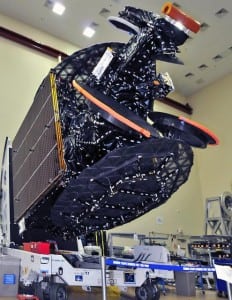 Eurovision Media Services will leverage its partnership with Asia Satellite Telecommunications Company (AsiaSat) since 1999 and use the AsiaSat 5 satellite to deliver the Taipei 2017 Universiade across the Asia-Pacific region. The 29th Summer Universiade is an international sporting and cultural event staged biennially, with Taipei as this year’s host city between Aug. 19 and 30. AsiaSat 5 currently provides access to more than 800 million households via terrestrial networks and pay TV platforms in the Asia Pacific, according to the company.

The Universiade will include 21 competitive sports as well as one demonstration sport throughout 12 days of competitions, attended by talented youth athletes from around the world.