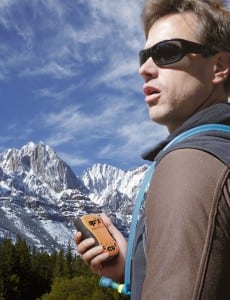 The Bristol-based BBC Natural History Unit and U.S. public broadcaster PBS co-produced the series of documentary films in 2015 and 2016. To make the programs, film crews and scientists undertook multiple journeys to track and record caribou migrating across the remote Arctic of Canada and Alaska; herds of elephants traversing the expanses of East Africa; and herds of zebra as they travelled across Botswana.

Nature’s Epic Journeys features high quality footage of the animals undertaking the mass migration, but a large part of the story the filmmakers wanted to tell is how camera crews followed and filmed them, regardless of the hardships involved.

Highlighting how technology plays a pivotal role in wildlife television production, the team used a suite of solutions including satellite tracking, bespoke mapping and migration pattern analysis software developed by the scientists travelling with the film unit.

As the film crews tracked the wildlife — many of which are already GPS tagged — on foot, from helicopters and in 4×4 vehicles, they carried SPOT Gen3 safety devices and Globalstar GSP-1700 satellite phones. This allowed the team at base camp to be in constant communication and able to track their colleagues in the field and, if needed, to provide emergency help. The crew used their GSP-1700 satellite phones to coordinate resupplies as well as talk to editorial and production teams back at the BBC and PBS. Also, they used the satphones to check in with friends and family back home.