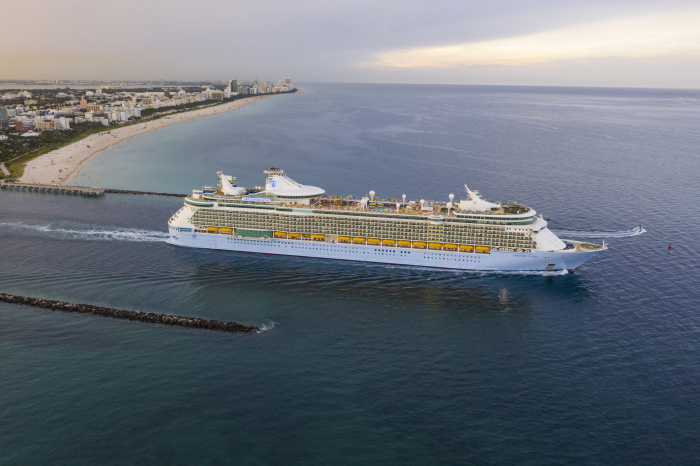 Starlink deployment will begin immediately and is set to be completed by the end of the first quarter of 2023, Royal Caribbean announced Tuesday. The deal will also apply to new vessels for each of the brands. This is the first cruise line deal for Starlink, a constellation of satellites in Low-Earth Orbit (LEO).

Royal Caribbean recently did a Starlink trial on its ship Freedom of the Seas, and said it received “tremendous positive feedback from guests and crew.”

“This technology will provide game-changing internet connectivity onboard our ships, enhancing the cruise experience for guests and crew alike. It will improve and enable more high-bandwidth activities like video streaming as well as activities like video calls. Using Starlink is one more example of our continued focus on innovation and excellence for our guests, our crew, the communities we visit and our shareholders,” said Jason Liberty, Royal Caribbean Group president and CEO.

“We couldn’t be more excited to work with Royal Caribbean Group to ensure travelers at sea can stay connected with a great internet experience,” commented SpaceX Vice President of Starlink Sales Jonathan Hofeller.

Speedcast has had a relationship with Royal Caribbean, and began serving the cruise line in 2006. In 2018, when the companies expanded their bandwidth agreement, Speedcast said it served 37 Royal Caribbean ships. It is not clear if this partnership continued after Speedcast went through bankruptcy and what the current status is.

The Royal Caribbean agreement is part of Starlink’s expansion into the maritime market. The FCC recently granted SpaceX approval to operate Starlink service on moving vehicles including ships and airplanes, and SpaceX announced a maritime offering geared toward merchant vessels, oil rigs, and premium yachts.

First billed as a direct-to-consumer play for broadband internet, SpaceX is expanding Starlink into other markets and applications. Last week, SpaceX announced a deal with T-Mobile to equip the second generation of Starlink with antennas that can communicate directly with cell phones. Such a service would close gaps in cellular networks in rural and remote areas and allow T-Mobile customers to send messages via Starlink satellites. The constellation has also garnered attention recently for deals in the aviation sector, with public charter airline JSX and Hawaiian Airlines.