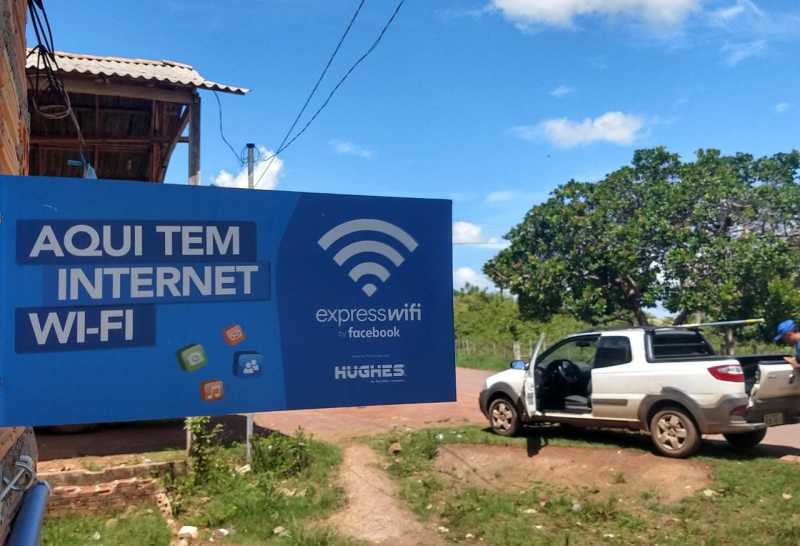 Facebook’s Connectivity team works with satellite operators on broadband access programs, like this site with Hughes Network Systems in Brazil. A portion of the team was recently sold to Amazon. Photo: Facebook

Amazon has acquired a team of wireless internet experts from Facebook’s satellite connectivity group in recent months. The news was first reported by The Information, and a Facebook company spokesperson confirmed the deal to Via Satellite on Wednesday.

According to The Information, the workers are in the Los Angeles area and include physicists, and optical, prototyping, mechanical and software engineers who had previously worked on aeronautical systems and wireless networks.

Amazon is in the midst of developing a Low-Earth Orbit (LEO) satellite constellation called Project Kuiper. The company has been tight lipped about the project, which has FCC approval for 3,236 satellites in LEO. Amazon did not release a statement on the deal.

Facebook lost a connectivity satellite in 2016 when the SpaceX Falcon 9 rocket carrying the AMOS-6 satellite was destroyed during a test fire. But, the company decided not to launch a constellation or satellite service itself. (Facebook’s Vice President of Connectivity Dan Rabinovitsj talked with Via Satellite more about this, and the company’s ambitions in connectivity in an upcoming interview in the August edition, to be published soon. Rabinovitsj will also be speaking on the SATELLITE 2021 opening general session on Wednesday, September 8th.)

“We believe satellite technology will enable the next generation of broadband infrastructure, and as part of our connectivity efforts, we’ve built an incredible team around designing and testing new ways to advance satellite connectivity using optical communications and radio frequency systems and solutions. Facebook remains committed to enabling better, broader global connectivity through the development of new programs, technologies and business models, and we’re excited to watch as this team takes their work to the next stage and makes a lasting impact in the field,” the Facebook spokesperson said in a statement.