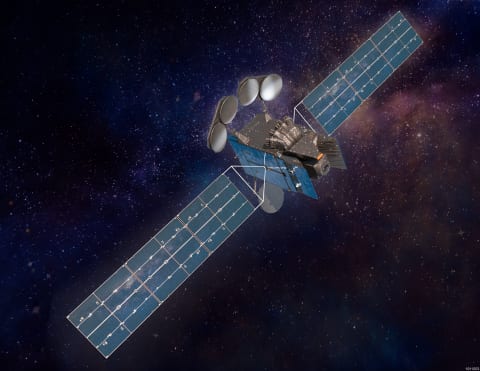 Intelsat plans to use the satellite to provide customers across North and Central America with flexible, high-throughput, “coast-to-coast” coverage. The additional capacity is also intended to support customers utilizing Intelsat managed-service offerings, including those working with Intelsat on connectivity for commercial and private planes, moving vehicles on land, and other mobility applications.

NASA selected Maxar to host its TEMPO payload in 2019. Now that Maxar has identified Intelsat 40e as the satellite, the company will begin the integration process. TEMPO is a UV-visible spectrometer that is designed to detect pollutants by measuring sunlight reflected and scattered from the Earth’s surface and atmosphere. NASA plans to use TEMPO data for air-quality forecasts in North America.

Separately, NASA has awarded Maxar with a $142 million contract to robotically assemble a communications antenna and manufacture a spacecraft beam in orbit. The technology demonstration is slated to take place on NASA’s Restore-L spacecraft, designed to service and refuel a satellite in low-Earth orbit.