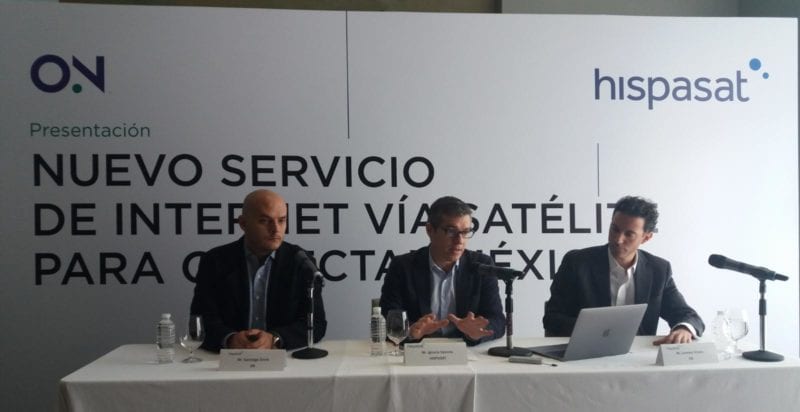 Hispasat and Dish partnered to offer a new broadband satellite service to Mexico through ON Internet. The service will be focused on the residential and corporate market, in order to extend internet access to broader parts of the country.

Both companies made the announcement today in Mexico City, with the participation Dish Mexico Chief Executive Officer (CEO) José Luis Woodhouse and Dish Mexico Internet Division Director Lorenzo Orozco, as well as ON Director of Wireless Internet and Marketing Santiago Ennis. Hispasat was represented by its business director, Ignacio Sanchis. The joint goal of both companies is to provide internet access service to Mexican residents, helping to bridge the digital divide and promote the development of connectivity in Mexico.

Ennis noted that “this agreement with Hispasat will allow Dish Mexico to expand its commercial internet opportunities through the ON Satellite Network throughout Mexico, offering the possibility to digitally connect different sectors of the populations in remote and difficult to access areas using satellites. This service will benefit many people and companies.”