One thing Yahsat cannot be accused of is lack of ambition. The operator has built some of the most powerful satellites the Middle East has ever seen. Now, Yahsat is turning its attention to Brazil, as it looks to establish a presence far beyond its comfort zone. 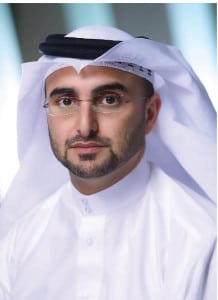 Yahsat, based in the United Arab Emirates (UAE), expects to have an equal split between commercial and government revenues in four years. This is one of the company’s main ambitions outlined by Yahsat CEO, Masood M. Sharif Mahmood during an interview with Via Satellite in Abu Dhabi.

The operator, which initially launched two multi-mission satellites, serving both the government market in the UAE as well as commercial markets across the region, is really looking to broaden its horizons. Yahsat is ambitiously targeting Brazil with its latest satellite, Al Yah 3, which will make the operator more global than ever before. Mahmood thinks the idea that because you are geographically separated from a market prevents you from going into it is non-existent. He highlights that companies such as Intelsat — which is also present in the Middle East — and many other operators have done the same and believes there are few industries in the world that offer such a global opportunity.

“The formula is you need a geography, a market, where there is a lag in infrastructure roll out versus demand. You also need a country that has a strong economic plan, or at least on its way to developing a plan. Finally, you want a country that has strong natural or human resources and an export capability, essentially the ability to contribute to, and benefit from, the global economy,” he says. “Brazil has all three of those. There is still a significant lack of infrastructure in Brazil, especially within the telecommunications sector. You look at the spending capability and the demand for ICT and you quickly realize that it is a place where you can do business.”

What helped Yahsat with its third satellite is that the company needed more capacity in Africa. “So, because we have had proven the story in Africa, it made it logical to extend our aspirations to include an investment in Brazil. Of course, Brazil is not Africa,” says Mahmood. “There are different market dynamics which introduce both opportunities and challenges. Given the attractiveness of the market, we expect — and are already seeing — our competitors lining up, and therefore see a dynamic and competitive market, more so than in Africa.”

Working with Telcos in Brazil

Yahsat could look at working with telcos in Brazil. “Telcos, with their increasing coverage and bandwidth-intensive strategies and deployments, need to work hand in hand with satellite in the most efficient way. While it is clear that satellite is often seen as a backhaul solution for telecoms operators, there is an increasing realization that satellite broadband is complementary to terrestrial networks, and is often more economical and reliable in harder to reach areas. A number of parties from the telco world are showing significant interest in our solutions, as well as smaller ISPs and distributors,” Mahmood says.

Of course, once one satellite is announced, attention inevitably turns to the next one. Mahmood admits there is an understanding that Yahsat will need to have a follow-on mission to the third satellite but, as of yet, there is no concrete plan.

“The third satellite, Al Yah 3, is not a huge satellite in terms of size. Its mission is to top up capacity in existing African markets, enter into some new African markets, as well as get started in Brazil. After Al Yah 3, we would need to come up with another, probably bigger, satellite. If we see the success we are hoping for in Brazil and Africa, we can consider a fourth satellite, but we will need to prove the business case of the third satellite first, and that will come once operations have been rolled out and once results are achieved,” Mahmood says.

Mahmood joined the company at an interesting time, with it looking to transition to a more global, commercially focused operator. He says the government side of the business has gone well and had initial success. The success of the commercial business is encouraging and motivating Yahsat to grow.

“Today, our aspiration to grow into a global player in the satellite industry is endorsed by our shareholders. We want to do what we know best, which is to pioneer the technologies and applications of the future, such as Ka band, which will remain an emphasis over the next five to seven years. We will focus on the consumerization of satellite broadband and the diversification of HTS applications. We think there will be a move to a more consumer based approach. So, if there was a fourth satellite, it would likely be in this area. We could also look at the next interesting geography, albeit each geography must be considered very carefully given the varying market dynamics. We are looking for that opportunity today. Finally, we have some very interesting opportunities to grow our presence in the IOR using Ku band, which are actively being explored. There is no concrete plan for a fourth, fifth or sixth mission, but definitely the ambition is to grow the commercial side of the business,” Mahmood adds.

With a third satellite in the works with Orbital Sciences, Yahsat will continue to look to drive the market. Certainly, when it ordered its first two satellites more than seven years ago, it created quite a stir ordering Ka band satellites at a time when there were very few of these types of orders. I ask Mahmood whether the company would ever look at electric satellites, one of the new advances of recent years.

“It is no secret that some of the satellites we are exploring have electrical satellite components. Would Yahsat be comfortable with a full satellite based on electric propulsion or a hybrid approach? The fact that as a new operator, you typically would not have replacement business yet would be is a factor and, as we want to get to market fast, and even a few months can be game-changing. But the answer is all to do with the development of technology. So, if you are asking me would I go for a satellite based on electrical propulsion, the answer would be yes. But, it depends on the potential risks and rewards and the overall development of the technology,” he says.

The third satellite will concentrate on providing capacity over Brazil as well as more capacity in Africa where Yahsat has existing distributors; the fact that it needs to top up some of the markets in the future, is vital. However, the plan for Latin America and Brazil is quite different and Mahmood admits they will take a gradual approach to build up the business here.

“What we would like to do is really focus on distribution partnerships and customer relationships that would be based on solid grounds. This would mean more depth when it comes to our participation in the market. That is the model we are following in Brazil. We see Brazil as almost like being a continent on its own. We have thoroughly studied various distribution opportunities and are making sure we have the appropriate participation and partnerships across the value chain,” Mahmood adds.

Mahmood believes we have now passed the inflection point for satellites in a data-centric world. He believes we are now entering into an era of data technologies and consumerization.

“We are definitely seeing a move to download more via satellite. More interestingly, people are starting to talk about the possibility of even broadcast migrating to HTS, going from Ku to Ka. It will start with non-linear programming. Regionalized programming could go on Ka band. Just like terrestrial where people move from copper to fiber, the medium is shifting, enabling higher efficiencies and economies of scale, to cope with these increased data requirements. We are also seeing pressure from a customer point of view. Today, customers want to emulate and replicate the experience that they are seeing on terrestrial, and are starting to put more pressure on satellite players,” he says.

The company has relied on organic growth, and, thanks to a huge investment in new satellites, seems well positioned. However, Mahmood does not rule out some kind of acquisition in the future.

“We have taken a grass roots approach to building the business. We have established different teams. We are very busy in terms of building our operations in using a greenfield approach. But there will be markets where a greenfield approach will not be enough for us to deliver the market, and then we might look for another route,” he says. “Are we actively looking out for an acquisition for our growth today? The answer is no, but it is not out of the question. We could make acquisitions in the future, but it is not really a focus right now.”

The company’s DNA may not have changed over the last seven years, but it is clear Yahsat is going to be more commercially focused than ever before. Already, with a strong presence in Africa, and now targeting Latin America, the future looks bright for one of the new breed of satellite operators.