The Return of the 80s in Telecom Regulation 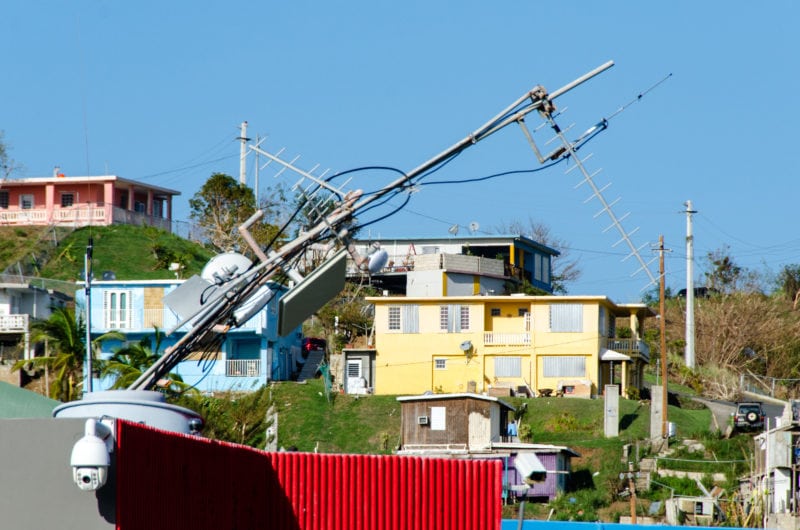 The strong winds of the Category 5 storm Hurricane Irma bent the control tower’s antenna and knocked out communications at the Aeropuerto De Culebra in Puerto Rico. Photo: FEMA/K.C. Wilsey Sep. 11, 2017.

In the wake of the hurricanes in Puerto Rico and the Virgin Islands last year, the U.S. Federal Communications Commission (FCC) is making available hundreds of millions of dollars in universal service funding to help restore and expand voice and broadband communications over the next decade to millions of residents. For this, the FCC should be lauded. While some of that money is focused on immediately restoring broadband services to residents, a significant amount of funding (more than $600 million) is under consideration for use for the build out of expanded voice and broadband services throughout the Islands over the next 10 years. While this is an important effort, the FCC has proposed requirements on the use of the money and the method to allocate the funds in a way that harkens back to the days when monopolies ruled in this country, which must be revisited to ensure that the residents of Puerto Rico and the Virgin Islands are not left behind in the digital divide.

Today in the United States a majority of residents benefit from a vibrant competitive marketplace for their voice and broadband services based on long-established regulatory principles of technology neutrality, transparency and objectivity. Most U.S. residents benefit from the choice of service providers (both fixed and mobile) when selecting their voice and broadband services. However, there are certain portions of the county, especially those areas that are sparsely populated or economically disadvantaged where such choice is not readily available and service may be hard to find at all. For those areas, the FCC has had available for many years universal service funds that provide subsidies to service providers willing to serve those areas, although generally to a carefully circumscribed group of operators. The FCC has recently defined the broadband speeds that are required to be provided to receive these funds as 25/3 Mbps. This defined broadband speed has been determined by the FCC to be the minimum speed that data services are of high enough capability to be called broadband. Some of these funds are now being awarded competitively, although in a manner biased to wireline carriers.

In addition, over the past decade, for the more rural portions of the country where broadband had not previously been available, satellite systems have been launched. These provide service at FCC-defined broadband speeds and more by Hughes Network Systems and ViaSat. In addition, both companies are in the process of constructing next-generation satellite systems that will exceed those speeds in just a couple of years (a 100 mbps or more in speed). Further, non-geostationary orbit broadband satellite systems, such as those proposed by OneWeb, Telesat and SpaceX will offer similar speeds with lower latency. Only this past year, has the FCC determined that satellite service providers could participate for funding for universal service in a reverse auction for those funds. However, the auction rules favor wireline-based service providers by imposing penalties for being unable to meet certain requirements like latency, which, for example, for geostationary orbit satellite operators is determined by physics, not technology. Nonetheless, Hughes, ViaSat and OneWeb have all indicated their interest in participating for the upcoming auction by filing the required short form with the FCC.

In light of the destruction that was caused in Puerto Rico and the Virgin Islands, it is understandable why the FCC wants to focus universal service funds in that region. It is also important, as the FCC’s Notice of Proposed Rulemaking (NPRM) recognizes, that the commission should consider some hardening of telecommunications networks to avoid similar future destruction. What was very apparent in these islands after the hurricanes was that non-terrestrial technologies, such as satellite services and drones, were the only broadband communications technologies that were reliable after the hurricane, whether providing broadband access to residents to file claims through Federal Emergency Management Agency (FEMA) sites, having direct to consumer services, or making business run.

With this history, one would have expected that the FCC would propose a regime to award and allocate this over $600 million of universal service funding to Puerto Rico and Virgin Island that would ensure that residents received FCC-defined broadband speeds of 25/3 mbps, that were technology neutral to enable the residents to receive access to a range of technologies, including those such as satellite that are proven as resilient, and that the award of funds would be made competitively.

Unfortunately, the FCC’s proposal is far from that. What the FCC has proposed is a regime that would only require speeds of 10/1 mbps as a baseline — far below what the FCC has defined as broadband and that benefits the rest of the country that receives universal service funds (except for Alaska) — would exclude satellite and other technologies because of an arbitrary latency requirement of 100 mbps; and would award funding based on a subjective competitive proposal approach (aka beauty contest) as opposed to the proven, objective auction process that the FCC is currently relying on for the award of its Connect America Fund II monies.

It is unclear what is driving the FCC to propose a result that will exclude technologies that in the next couple of years will provide reliable quality broadband services at 10 times the speeds of those that the FCC is willing to support in order to gain a bit in latency — a characteristic that is critical for only a handful of users such as heavy gamers. Further, the return of the use of a subjective process of awarding of funding is surprising if not shocking. The FCC was one of the leaders in the world to recognize that subjective forms of awarding government benefits such as licenses and spectrum were best done in a fair and objective manner. Time and experience demonstrated that auctions are the best approach. The FCC’s rulemaking, while recognizing the benefits of an objective method to award funds, still proposes a highly subjective form.

There are multiple reasons why the FCC is proposing a universal service funding approach that will continue a digital divide in Puerto Rico and the Virgin Islands from the rest of the country. The next few months will tell whether the record will be enough to have the FCC rethink its proposals and adopt an objective, technology-neutral approach for universal service funding in Puerto Rico and the Virgin Islands that will ensure that the residents of these islands are able to take full advantage of the digital world we live. 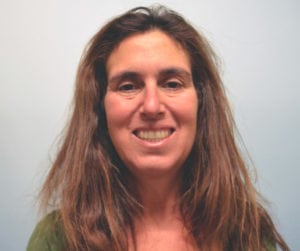 Jennifer A. Manner is the senior vice president of regulatory affairs at EchoStar Corporation and an adjunct professor of law at Georgetown University Law Center. She has more than two decades of experience in telecommunications and spectrum policy including holding senior positions at the Federal Communications Commission (FCC). The views expressed in this article are those of the author and do not necessarily reflect the views of EchoStar or Georgetown.