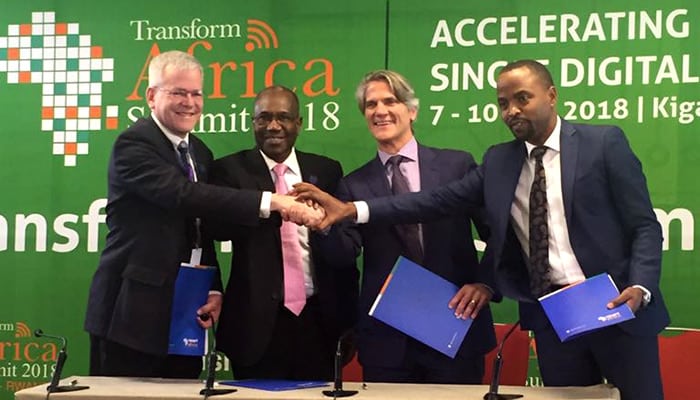 Inmarsat has announced that it has signed a Memorandum of Understanding (MOU), in conjunction with Tillman Digital Cities and CivicConnect, to accelerate the development and implementation of Public-Private Partnerships (PPP) with the Smart Africa Alliance.

The Smart Africa Alliance is a partnership bringing together 22 African countries committed to the Smart Africa Manifesto and is supported by regional and global bodies including the African Union, the International Telecommunication Union (ITU), World Bank and The African Development Bank. Inmarsat was the first commercial company to join the alliance, becoming a platinum member in 2016.

The MOU provides a framework of cooperation for all future negotiations for smart cities projects in the continent, and the consortium members bring a significant amount of experience to the PPP to drive the initiative forward.

Inmarsat has taken a leading role in supporting the objectives of Smart Africa and in May kicked off a 12-month smart city proof of concept in the Rwandan capital of Kigali. The initiative supports a range of Internet of Things (IOT) solutions linked by a LoRaWAN network. The flagship project provides a blueprint for smart city projects that can be deployed throughout Africa.

Tillman has experience in the financing, development and operation of national-scale infrastructure programs, and has led the buildout of much of the current mobile telecommunications infrastructure across Africa.

CivicConnect specializes in platforms for the aggregation, management and dissemination of data, serving as the connectivity tissue for smart city infrastructure. Leveraging real-time data, the company enables citizens, governments and businesses to better engage with their city assets and the environment.