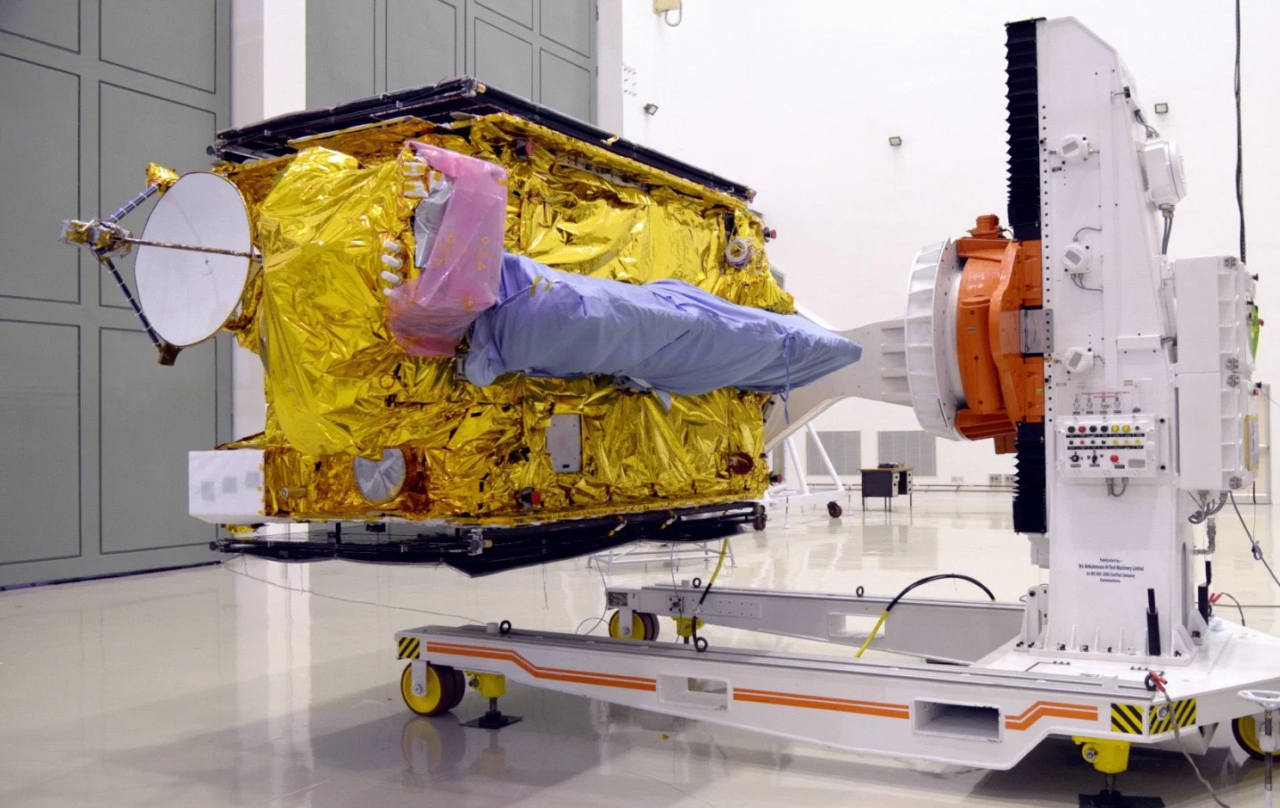 The GSAT 6A satellite wrapped in protective foil before launch. Photo: ISRO.

The Indian Space Research Organization (ISRO) confirmed over the weekend that it has lost communications with the recently orbited GSAT 6A communications satellite. ISRO launched the satellite on March 29 from the Satish Dhawan Space Center in Sriharikota.

On Sunday, ISRO reported it lost contact with the satellite shortly after carrying out the second orbit raising operation. “After the successful long duration firings, when the satellite was on course to normal operating configuration for the third and the final firing, scheduled for April 1, 2018, communication from the satellite was lost. Efforts are underway to establish the link with the satellite,” the agency said in a statement released on Sunday.

The incident comes just seven months after ISRO failed to launch a replacement satellite for the Indian Regional Navigation Satellite System (IRNSS), when a heat shield fairing malfunction prevented the IRNSS 1H satellite from deploying into the correct orbit.

According to India’s The Economic Times, new ISRO chief K Sivan said he is still hopeful the agency can reestablish communications with GSAT 6A, and that the anomaly would not delay the upcoming launches of the IRNSS 1I satellite and Chandrayaan lunar exploration mission.