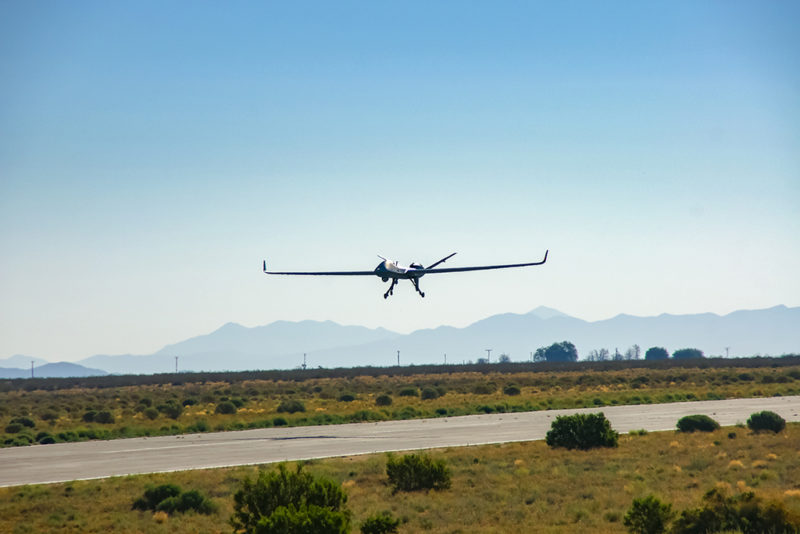 According to GA-ASI, this capability will eliminate the need for a ground control station and flight crew to be located at the aircraft’s base, which will drastically reduce airlift requirements when the RPA is forward deployed.

The satcom-only Launch and Recovery Element (LRE) operations capped another year of accelerating development for the MQ-9B, which included an endurance flight of more than 48 hours in May 2017 and the first Federal Aviation Administration (FAA)-approved flight for a RPA in non-segregated airspace in August.

The company conducted the demonstrations in December using GA-ASI’s capital MQ-9B SkyGuardian. The supervisory crew and ground control stations operated out of the company’s Gray Butte Flight Operations Center near Palmdale, California, and the aircraft was flown out of Laguna Army Airfield near Yuma, Arizona. Using only a satcom datalink, the team successfully taxied the aircraft and initiated six auto takeoff and landing events.