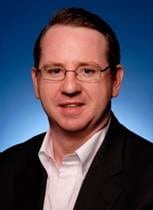 Speaking at the India Satcom 2017 forum in New Delhi, Joe Welch, chairman of regional pay-TV industry association CASBAA, applauded the Indian government’s emphasis on improving the ease of doing business in the country. A great deal of attention has been paid to the power and infrastructure sectors, Welch noted, but “the key to … realization of the Prime Minister’s vision of taking India up to a top 50 ranking [in ease of doing business] lies in improving business conditions in other sectors of the economy,” specifically, satellite communications and broadcasting.

Welch observed that the broadcasting sector is heavily dependent on satellite links, and that “the single, most crucial measure the government could take … would be to create conducive conditions for both the satellite operators and the broadcasters to be able to enter into long-term service agreements.” Currently, contracts for satellite capacity for Direct-to-Home (DTH) broadcasters are limited to a three-year term by Indian government regulation.

“Striking long-term commercial deals in a marketplace that is less government-constrained would help increase business certainty for all the stakeholders,” he said.

Welch said also that satellite services are important to achieving the “Digital India’” dream, championed by Prime Minister Modi, as satellite services can help bring broadband and other related services to the hinterland of India, digitally connecting thousands of villages where cable or other modes of broadband delivery may pose logistic and financial challenges.

Welch also called for other reforms, including development of a private-sector Indian space industry, opening of the teleport industry to foreign direct investment, and establishment of clear timelines and benchmarks for licensing actions by government agencies.