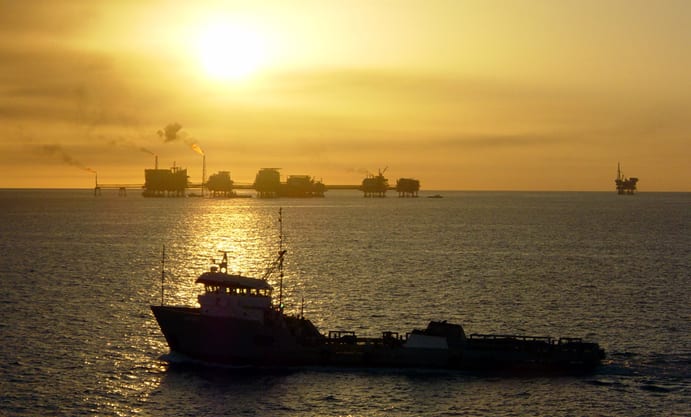 Ships and oil rigs in the Gulf of Mexico. Photo: Wikimedia.

Marlink has introduced a connectivity boost for its Gulf of Mexico customers with the addition of Tampnet’s 4G LTE services to its high-speed Sealink multi-band network. Offshore support vessels and ships can order Tampnet 4G connectivity fully integrated with the Marlink network as SmartConnect, augmenting the already available Very Small Aperture Terminal (VSAT), L-band satcom and Wi-Fi services Marlink provides to oil and gas and merchant marine operators in the region.

According to Marlink, the new influx of low-latency bandwidth to the Sealink network in the Gulf of Mexico comes at a time when some workboats and offshore vessels are being re-activated for duty, so installation of the compact and low-cost hardware needed on board can be included as stacked vessels return to operation with their Marlink multi-band services back online.

Marlink’s decision to deploy Tampnet 4G LTE in the Gulf of Mexico follows its successful integration with the Sealink network in the North Sea in 2016, which provided customers with improved redundancy for operational continuity in all conditions, in addition to a new low-latency link ideally suited for real-time communication. Marlink’s Norwegian customer Simon Mokster, an early adopter of Tampnet 4G LTE in the North Sea found that the service provided a stable and secure foundation to enhance its use of Skype for Business, which it was already using for daily operations across its fleet of advanced offshore support vessels.

“Tampnet 4G LTE has been tried and tested in the North Sea and the Gulf of Mexico with focus on fixed installations, but by integrating it with our Sealink network we are making communications even more flexible to support the safety and operational efficiency of mobile assets like offshore support vessels,” said Tore Morten Olsen, president of maritime for Marlink.