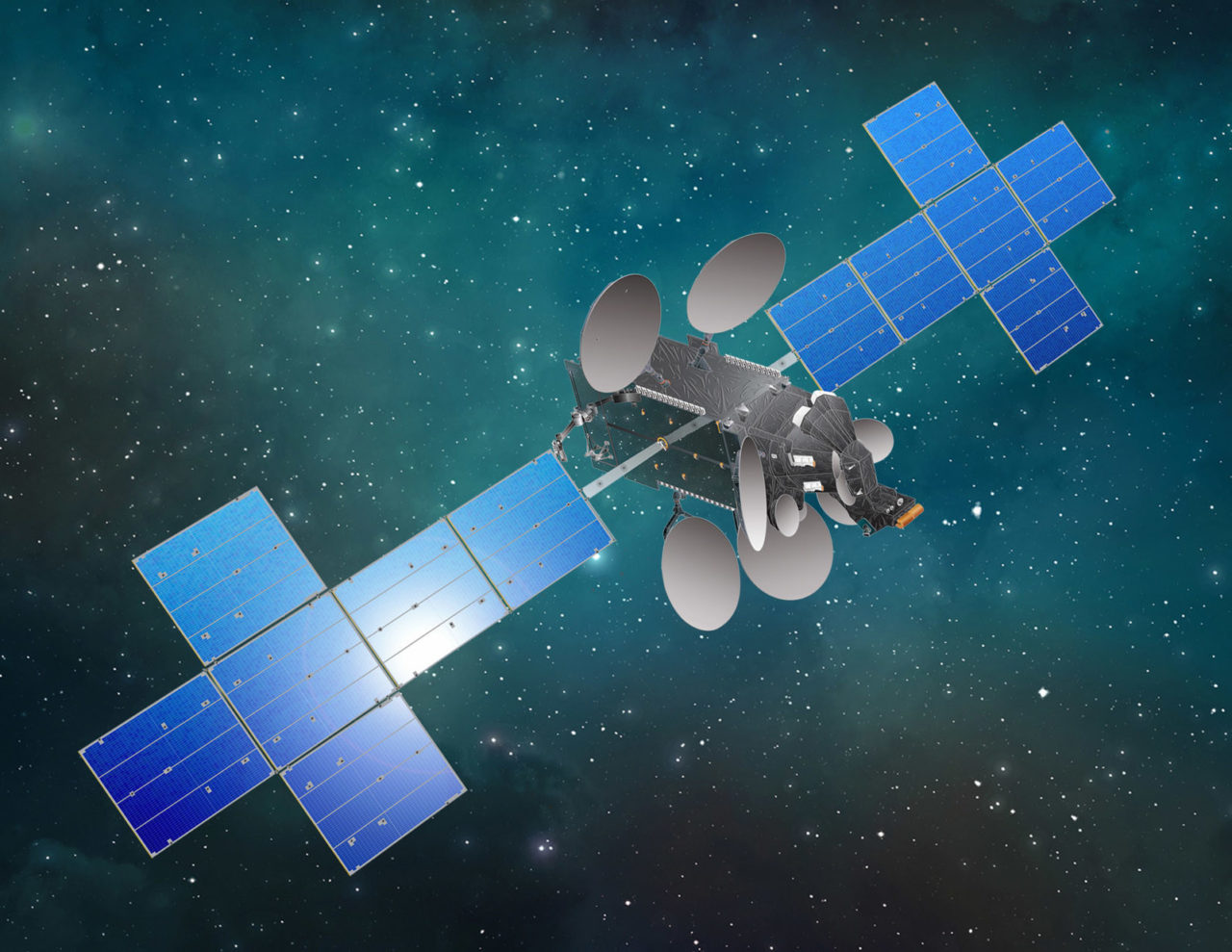 Rendition of the Star One D2 satellite. Photo: SSL.

Maxar Technologies (formerly MacDonald, Dettwiler and Associates, or MDA) announced that its SSL business unit has signed a contract to provide a multi-mission communications satellite called Star One D2 to Brazilian satellite operator Embratel Star One. The satellite will improve access to entertainment and information services for consumers and businesses in Latin America, and expands broadband coverage to new regions, helping provide internet access to underserved populations. It also provides an updated X-band payload for government use.

Star One D2 will be equipped with C-, Ku-, Ka- and X-band payloads for high-speed telecommunications, television broadcast and fast broadband in South America, Mexico, Central America, and parts of the Atlantic Ocean. It is designed to provide service for 15 years or longer and is based on the SSL 1300 platform.

Arianespace has secured a contract to launch Star One D2 in 2019 from the Guiana Space Center in French Guiana. The satellite will fly to orbit atop an Ariane 5 rocket and will be positioned in Geostationary Earth Orbit (GEO) at 70 degrees west.