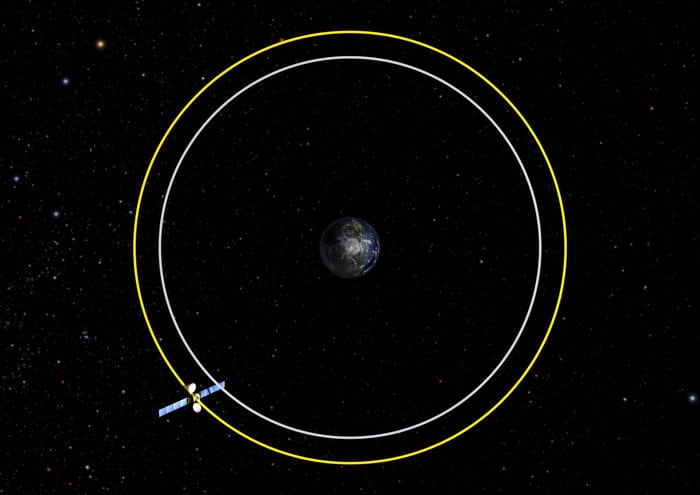 EchoStar and Lockheed Martin announced that the EchoStar 3 satellite has been successfully recovered and retired per Federal Communications Commission (FCC) regulations following an anomaly that occurred in late July.

EchoStar 3, a Ku-band satellite that provided coverage over the United States, was a fully depreciated, non-revenue generating asset. Manufactured by Lockheed Martin and launched in 1997, EchoStar 3 exceeded its 15-year design life before an anomaly of unknown origin interrupted communications with the satellite during an orbital transfer.

“After the initial loss of contact, with a joint effort by EchoStar and Lockheed Martin, a command and control link was reestablished and deorbit maneuvers performed,” said Derek de Bastos, Chief Technology Officer (CTO) for EchoStar Satellite Services. “EchoStar 3 is now safely in a graveyard orbit more than 350 kilometers above the geostationary arc with its fuel and pressurants depleted, batteries drained, and systems shut down.”