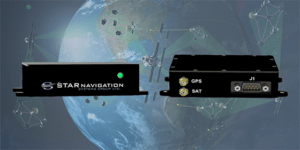 The Star V-trk is the latest part of Star’s patented family of systems, able to track and monitor aircraft, in real time, worldwide. According to Star Navigation, it is the smallest piece of equipment in its portfolio, able to perform tracking and positioning through satcom, as well as provide on-board data collection, processing and downloading.

Star Navigation stated the unit is ideally suited for small aircraft and helicopters, but is also intended for applications to land vehicles.

“We are looking forward to being able to demonstrate the features and benefits of the Star V-trk in a live environment. We are also planning further applications and variations of the Star V-trk product to address specific needs identified by our research,” said Star Navigation Chief Executive Officer (CEO) Viraf Kapadia.