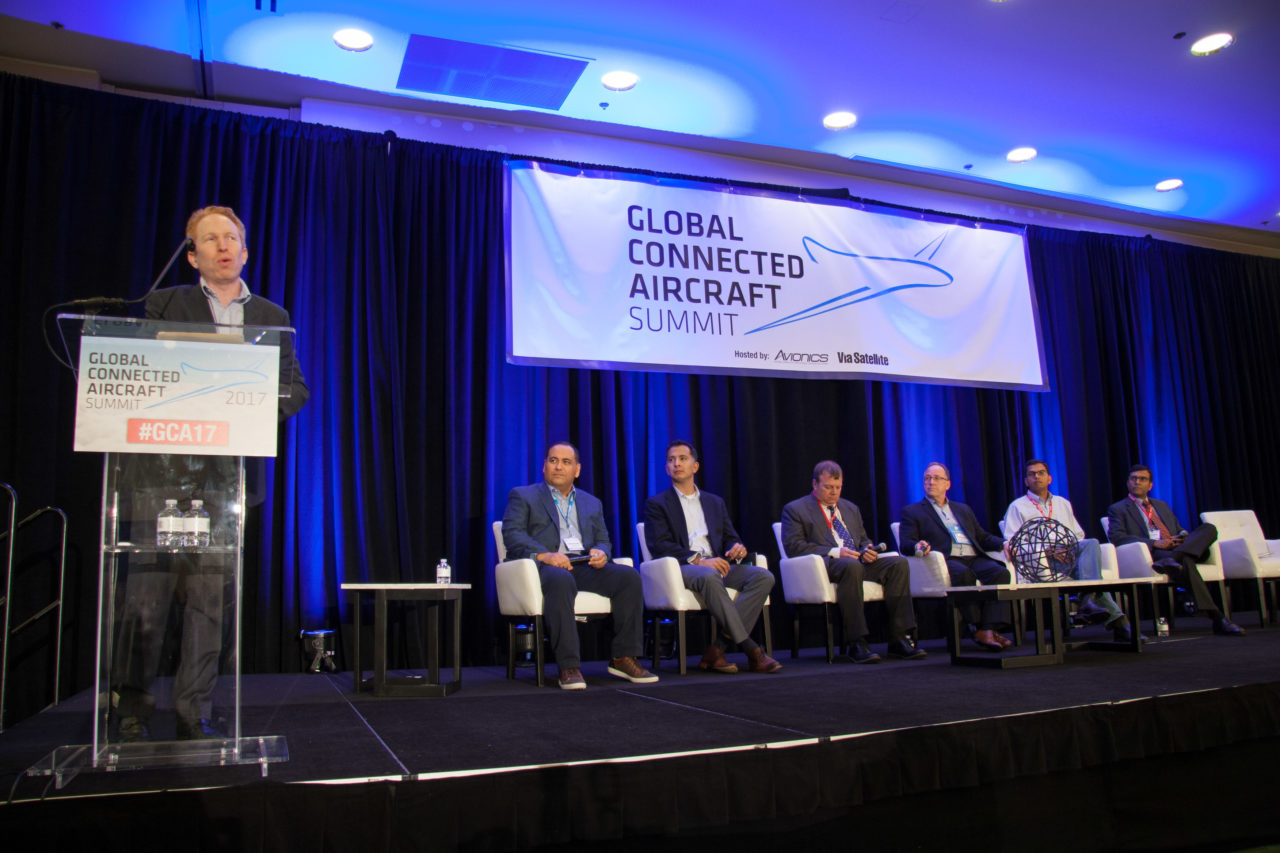 In order to fully exploit the potential of Big Data applications, aerospace companies must be willing to combine the expertise of their maintenance engineers with insights from data scientists and more advanced machine learning techniques, according to speakers at the Global Connected Aircraft Summit in Washington, D.C. last week. During the “Managing Aircraft Big Data” panel, a group of experts concluded that this is one of the reasons why the aerospace industry has lagged behind other industries in unlocking the value potential of connected assets.

Arun Saksena, global vice president of data science and analytics for HCL America, warned that if analytics is left to data scientists or engineers by themselves, it’s easy to reach conclusions that are either inaccurate or irrelevant. “Data science is a team sport,” he said. “You need cross-functional teams.”

“In aerospace, we don’t have a lot of data scientists. We’re starting to pull data scientists into the engineering groups and it’s starting to give us interesting insights,” said John Craig, chief engineer of cabin and network systems for Boeing. “Somebody who doesn’t have any domain knowledge sometimes interjecting is actually extremely valuable.”

While aircraft maintenance experts may have a better understanding of the systems themselves, data scientists are more adept at finding patterns within the data and can also help draw connections between different categories of information, argued Rahul Ghai, managing director of flight operations and in-flight technology for United Airlines. Currently, he said, airlines are already collecting the data they need and must only improve the ways they analyze it.

“Ultimately, I think we’ve got access to more than enough data already,” he said. “It’s getting the data out of the silos they’re in and starting to look for what might not be so obvious.”

Rodrigo Navarro, director of data platform engineering at Global Eagle, spoke similarly, stating that airlines may even have more data than they know what to do with. “They are capable of [collecting] more data than they can actually chew,” he said, to the point where much of it is not being used correctly, if at all. “Things without analytics have no value,” he added.

One of the ways airlines can maximize the value potential of the data it collects is by adjusting the framework of an asset’s sensors, Saksena said. “In IoT, a very common architecture approach we take is having sensors at the edge of the network. You can’t stream data from these sensors because you’re going to consume bandwidth — essentially competing for the same bandwidth as 100 customers trying to make Skype calls,” he said. “We try to do analytics at the edge, closer to where the data is being generated, and only that summary information comes back into the cloud. This is still being developed from a connected aircraft perspective.”

Companies born in the digital age such as Google and Netflix already leverage these more advanced machine learning techniques such as artificial neural networks, Saksena said, as well as industrial manufacturing companies in sectors such as energy, healthcare, and oil and gas.

If airlines take cues from these other verticals, “[they] start to get better abilities to predict,” Ghai said. “That’s a powerful word to use because at this point we are still just reacting to a situation.”

To be fair, airlines in general have been using data effectively for years, Ghai added, both for operational purposes and to make sense of consumer trends. However, the industry still faces a hurdle in changing its culture to rely more on what the data is saying. “Now that we are getting connectivity that is more reliable, it’s making the leap of faith to trust what a machine is telling you,” he said.

For Saksena, the disappearance of Malaysia Airlines’ Flight 370 airplane in 2014 was a wake-up call that the industry needed to accelerate its adoption of new data applications. “I remember thinking to myself that in this day and age, how can we lose an asset that’s so big and so prominent? It was mind-boggling that we could not even trace it,” he said. “A lot of international supply chains rely upon air freight. And if you can’t track the airplane itself, how are you going to track packages and other materials on the plane?”

Tracking assets along the supply chain has become a significant part of nearly every industrial sector — even maritime, where connectivity is arguably difficult to achieve. And yet the airline industry has been slow to adopt new technology that could enable similar applications.

Moving forward, Abhi Seth, senior director of data analytics at Honeywell, said he hopes to see a shift in the “legacy mindset” of airline operators to be more receptive to new machine learning techniques. “People have been doing their jobs on the maintenance and operations side in a certain way for so many years,” he said. “It’s hard for people to embrace that change.”