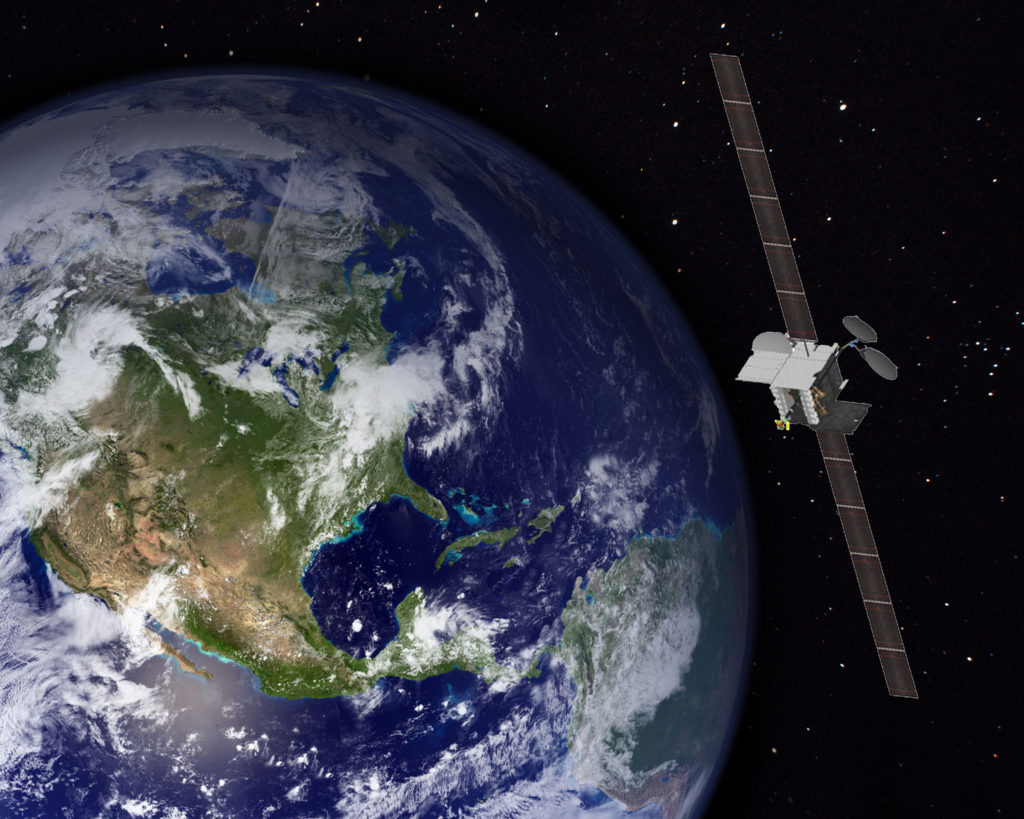 Rendering of a Boeing Ka-band 702HP satellite, the architecture of ViaSat 2. Photo: Boeing.

Leveraging the Boeing 702 high-power satellite bus, ViaSat’s second-generation satellite, ViaSat 2, will realize a seven-fold increase in broadband internet service coverage from its previous generation satellite and offer twice as much capacity on orbit, according to the company.

ViaSat 2 will expand broadband services across North America, Central America, the Caribbean, a portion of northern South America, as well as the primary aeronautical and maritime routes across the Atlantic Ocean between North America and Europe, and will also offer flexibility to move satellite capacity to where broadband demand exists. While this is the first satellite Boeing built for the company, Boeing is on contract to build two more satellites under the ViaSat 3 program, both based on the 702 design and integrated with ViaSat payload technology.

ViaSat 2 was launched and sent its first signals from space on June 1. ViaSat expects it will take several months for the satellite to reach its final orbital destination, located at 69.9 degrees west longitude.