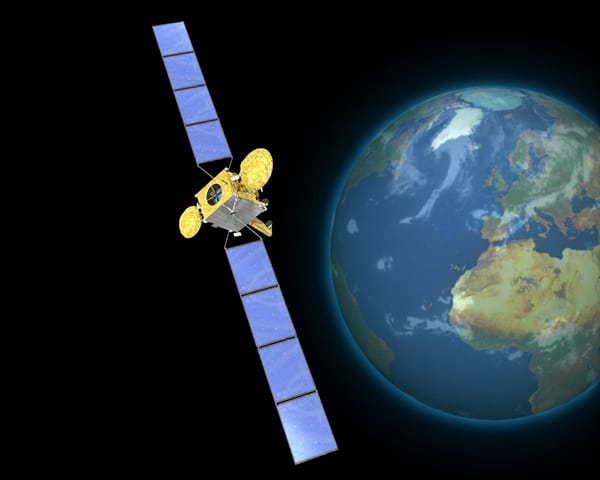 Hispasat has completed the re-orbiting operations of its Hispasat 1C satellite (subsequently called 30W 3 and 84W 1, the two orbital positions where it was located). The satellite has been retired after transmitting its final command from Hispasat’s satellite control center in Arganda del Rey, Spain on May 29, effectively providing communication services for 17 years, two more than the initially expected lifetime.

The Hispasat 1C satellite was launched on February 3, 2000, from Cape Canaveral, Florida, aboard International Launch Services’ (ILS) Atlas IIAS rocket. Built by Thales Alenia Space, the satellite occupied the 30 degrees west orbital position (Hispasat 30W-3). With this satellite, in Hispasat began marketing its broadband services in Latin America, which have been used by more than 20 of the operator’s clients in the region. Furthermore, the capacity of Hispasat 1C has been used for distance education, such as in the Uruguay’s Plan Ceibal project and Chile’s Subtel Program, for the MedNet project for telemedicine in Peru, to connect remote areas of Antarctica in Argentina, and to develop energy, livestock and fishing industries in different areas of the region.

In 2014, after Hispasat and Star One reached an agreement, the satellite was moved to the 84 degrees west position and was renamed Hispasat 84W 1. From this new position over Brazil, it continued to provide service to Latin America, mainly internet access and Internet Protocol (IP) communications.

The satellite, based on the Spacebus B2 platform, had 24 Ku-band transponders. Its main services included broadcasting television channels both in Europe and in the Americas, as well as providing other telecommunications solutions, such as corporate networks and broadband applications.