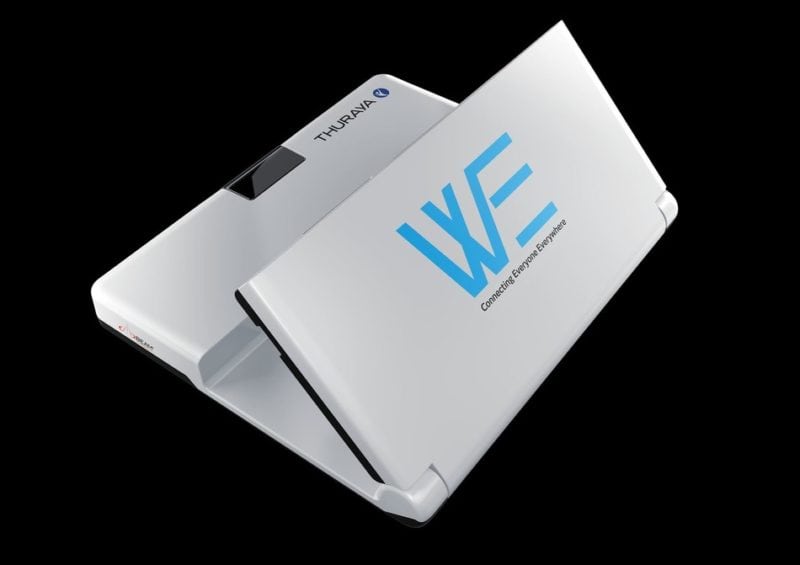 The Thuraya WE device. Photo: Thuraya.

Thuraya Telecommunications announced the launch of the Thuraya WE satellite and LTE portable Wi-Fi hotspot to meet the growing global demand for wireless data connectivity. Developed in collaboration with Beam Communications, Thuraya WE bridges the gap between satellite and Global System for Mobile Communication (GSM) broadband services, according to the company.

The terminal facilitates seamless roaming for consumers from satellite to terrestrial LTE services or vice versa, either via a Thuraya Subscriber Identity Module (SIM) card or a standard GSM SIM card from any of Thuraya’s 395 worldwide GSM roaming partners.

Thuraya WE weighs only one kilogram and, according to the company, transforms any area into a Wi-Fi hotspot, allowing the connection of up to 10 smart devices within a radius of 100 feet or more.

Thuraya WE comes with an interface that users can access either through the web or through a mobile app compatible with iOS and Android devices. This interface allows users to access device settings, select and switch between networks, locate the satellite, and view signal strength, connection status, battery status, system alerts, and data usage reports.