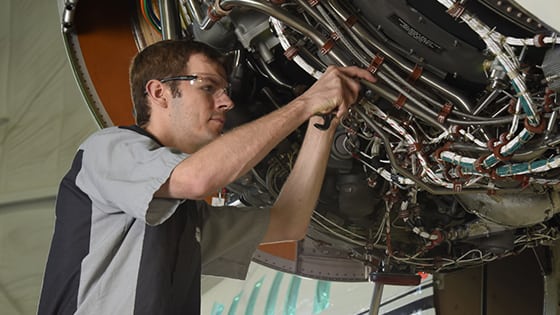 In the first quarter of 2017, Duncan Aviation has completed 47 Automatic Dependent Surveillance-Broadcast (ADS-B) installations and has an additional 51 scheduled for the second quarter. As a result of the recent comments by the Federal Aviation Administration’s (FAA) Acting Deputy Administrator Victoria Wassmer, Duncan Aviation noted it has seen an uptick in the number of ADS-B upgrades scheduled for the third and fourth quarters of 2017.

With 27 avionics satellite shops and workaway stations located at airports around the United States, Duncan Aviation stated it is prepared to perform ADS-B upgrades for the remainder of its business aviation customers ahead of the FAA’s midnight deadline on December 31, 2019.

“I’m going to say this as plainly as I can: The ADS-B equipage deadline is not changing,” said Wassmer. “If you plan to fly your plane in most controlled airspace after December 31, 2019, you’re going to need to install ADS-B.”

Duncan Aviation has developed a slot program that helps customers who may not be ready to upgrade immediately but want guaranteed hangar space and labor resources in the coming year. The program allocates two spots per satellite shop per month for ADS-B upgrades. This program holds a confirmed date, labor and hangar space for one aircraft, and owners and operators can reserve the spots for 2018 and 2019 and through the rest of 2017, where space is available.