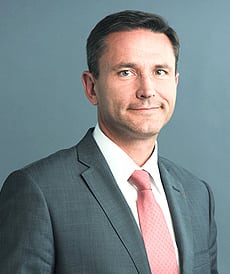 [Via Satellite 07-29-2016] OneWeb has announced the appointment of Eric Beranger from Airbus Defence and Space as its new Chief Executive Officer (CEO), replacing Matt O’Connell, who will be leaving the company. At Airbus, Beranger led the technical and operational relationship with OneWeb, overseeing the formation of and presiding on the board of the satellite manufacturing joint venture OneWeb Satellites. The joint venture is building a high volume satellite manufacturing facility to produce 900 satellites for the OneWeb constellation, along with similar-sized production satellites for third party operators.

Beranger was previously the CEO of Astrium Services from 2003 to 2012. He then became CEO of Astrium Satellites until its combining with Cassidian Systems to become Airbus Defence and Space, where he remained on the management team until today.

“Eric’s background in satellite production, telecommunications and project finance touches on three major operational focus points of OneWeb”, said Greg Wyler, executive chairman and founder of OneWeb. “He has been working closely with OneWeb since before the Airbus investment and we are grateful to Airbus for letting one of their senior staff make the transition.”