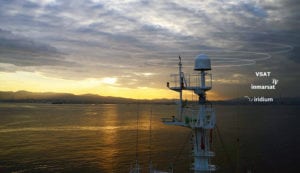 [Via Satellite 07-08-2016] NSSLGlobal has formed a strategic alliance with specialist Norwegian satcom reseller FleetCom that will see the company selling NSSLGlobal’s full range of maritime VSAT solutions in Norway. FleetCom will also sell third party solutions such as Inmarsat’s Fleet Xpress and Fleet One.

Norway, despite being a small country with less than a thousandth of the world’s population, is home to the second largest offshore fleet in the world. At the end of 2015 the Norwegian merchant fleet had 1,373 vessels and a gross tonnage of 15.7 million, according to Statistics Norway.