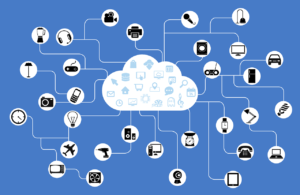 [Via Satellite 07-07-2016] The Internet of Things (IoT) will overtake mobile phones as the largest category of connected devices by 2018, a new report by Ericsson finds, creating a burgeoning opportunity for satellite companies.

“Looking forward, we expect mobile phones to grow at an average of 3 percent annually over the next six years, which is vastly overshadowed by the growth we expect in IoT,” said Cerwall. According to the report, between 2015 and 2021, the number of IoT-connected devices is expected to grow 23 percent annually. Of the 28 billion total devices that will be connected by 2021, close to 16 billion will be IoT enabled.

While IoT will overtake cellular devices as the most heavily connected, among the different categories of IoT-connected devices — including tele-health devices, remote utility monitoring and others — cellular IoT is expected to have the highest growth rate between 2015 and 2021.

The growing maturity of IoT-enabling technologies and the emerging applications and business models are driving the uptick in IoT-connected devices, according to Cerwall. The increased interest and capability is supported by falling costs for chipsets and devices, making it more affordable to enable IoT. Consumer readiness also plays a big part in the rapid IoT adoption as the public is displaying an inclination to begin adopting smart homes, connected cars and wearables, while companies are keeping their eyes on IoT to increase efficiency across businesses.

Additionally, regulatory requirements are having a significant impact on the IoT market. “EU regulations and policy recommendation are driving adoption of [Original Equipment Manufacturer] OEM telematics and smart meters,” said Cerwall, providing one example of regulatory-driven IoT. He noted that automotive and utilities are the two most dynamic vertical market segments in Western Europe, for which IoT connected devices are expected to spike 400 percent through 2021, accounting for the lions-share of the volume growth in the coming years. Cerwall believes that a mandatory directive requiring e-call features on all cars sold, beginning in 2018, will drive the enormous growth. National programs for connected utility meters will also play a part in the massive increase in devices.

As consumers and companies alike begin to turn to IoT-connected devices to optimize use of various technologies, and IoT enabling technologies become more reliable and affordable, satellite companies will have a large role to play in the exploding market.

“The same drivers for IoT will exist where there is no terrestrial coverage,” said Cerwall, pointing to satellite as the obvious solution to drive connectivity in these areas.

“There are likely to be differences in some use cases due to, for instance, latency impacts on process control. There will be a larger number of satellite-enabled devices, although many devices will have lower average bit rates compared to many current applications such as broadcast media. Satellite-enabled devices are likely to remain somewhat more expensive than the same devices connected terrestrially due to the relative size of the ecosystems,” Cerwall said.

Due to these differences, IoT may prove to be an additional driver in pushing terrestrial networks geographical boundaries further, as IoT-connected devices become more critical to business operations.

Cerwall also warns that the traffic generated by IoT will differ from the current leader in connectivity demand, and that providers should be careful to cater to the changing environment.

“While the number of connected IoT devices is growing dramatically, the traffic generated from those devices is much less than that from mobile broadband. Evolving architectures for mobile infrastructure should cater for all the connectivity needs,” said Cerwall, noting that there is ongoing work in many of the areas that currently present challenges, including enhancements in provisioning, device management, service enablement and security.