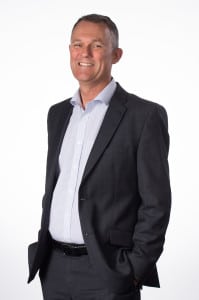 [Via Satellite 06-23-2016] While Optus Satellite has no current plans for new satellites, and its next satellite is likely to be a replacement for its CI satellite, which was launched in 2003, Paul Sheridan, VP of Optus Satellite, told Via Satellite he expects the next two to three years to be an exciting time for the satellite industry. He cites technology developments and market shifts as creating increased competition and new opportunities for growth.

“An overall increase in capacity availability and decreasing costs of infrastructure is likely to mean we could see satellite growing in popularity as the preferred technology to deliver high speed and high quality data with a great degree of flexibility,” Sheridan said. “The emergence of Comms-On-The-Move (COTM) is a really interesting new market opportunity that we will be watching closely.”

“Without satellite, Australia would have significant problems communicating (broadcast, broadband and mobile) with remote and rural communities. Satellite is the key way Australia continues to manage the tyranny of distance and we expect satellite to continue to play a critical role in Australia’s ongoing communication requirements,” said Sheridan. “Optus Satellite’s primary focus continues to be Australia and New Zealand, however we continue to consider opportunities to expand both directly and via working together with others.”

Optus Satellite services are primarily focused on the broadcast market and, while Sheridan talks about COTM as being a great opportunity for the company, it is clear broadcast will continue to dominate.

“We believe 4K is a fantastic opportunity for our broadcast customers and our Optus Satellite services. Satellite service is one of the very few ways for customers to receive real time Ultra-HD services and Optus is actively working with our partners in providing these types of services. 4K could be key as the traditional broadcasters look to differentiate against new competition,” he added.

Optus also has a range of additional services including broadband and mobile communications. Like most Fixed Satellite Services (FSS) operators, it is keeping a close eye on developments in the overall satellite sector. A number of new Low Earth Orbit (LEO) systems have been announced, but Sheridan believes these systems are unlikely to impact Optus’s traditional broadcast services and, in fact, may prove to be complementary on the contribution side.

“The decrease in latency will be useful in certain scenarios, however the smaller coverage area again may mean a hybrid offering leveraging the positives from both LEO and [Geostationary Earth Orbit] GEO systems could prove to be positive,” he said. “We are also watching with interest the potential improvements in the manufacturing process to support the numerous constellations being discussed; these efficiencies should aid in making all future satellites more cost effective.”

In terms of the impact the likes of Google and Facebook will have on the overall industry, Sheridan added, “The interest in the use of satellite to access the consumer is and will continue to drive innovation in the traditional satellite industry. I see partnerships as critical to success, leveraging the existing expertise and customer insights and relationships.”

Sheridan however expects “big changes” will be coming to the industry and that increased consumer demand for data that is flexible, fast and reliable will drive these changes. He believes more cost-effective access to space through improved satellite manufacturing processes, better launch options, and lower cost per bit solutions will drive opportunities and open new markets. He said Optus is currently involved in a number of interesting and exciting discussions in what he sees as a “fantastic” industry to work in. “The next two to three years are definitely going to be exciting,” he commented.

The Australian Department of Defense (DOD), as mentioned, has been one of pioneers globally in using satellite communications as part of its milsatcom strategy, and providing the ADF with the capability it needs. A source within Australia’s DOD told Via Satellite that it needs to complete realization of its wideband strategic anchoring capability in the west and east of Australia as currently programmed. Second, it must plan and progress future satcom requirements. Specifically, capabilities identified in the Defense White Paper will drive additional focus on Satcom-On-The-Move (SOTM) to meet military requirements for a networked force.

The Australian DOD is in the process of assessing its future satcom requirements, which will involve significant investment as noted in the recently released Defense Integrated Investment Program. All options will be considered, with a focus on those offering the best capability within the limitations of the department’s budget. Such options may include partnerships with industry and international players, according to the spokesperson.

According to the DOD, High Throughput Satellites (HTS) are now factored into the ADF’s thinking, especially in combination with technologies that support SOTM. The ADF is acquiring many state-of-the-art platforms that will be “force multipliers” leveraging satcom technological developments to realize step changes in capability.

The hosted payload approach has been successful for the Australian DOD and ADF. It has provided them with reliable satcom resources from the Optus C1 and IS-22 satellites. Similarly, its international partnership in the Wideband Global Satcom (WGS) system provides a significant global capability that would not be affordable or as capable through singularly owned assets. The DOD source says that, in comparison with seeking a wholly owned satcom capability, hosted payloads have enabled defense to use the communications payload while leaving the Telemetry, Tracking and Control (TT&C) and associated infrastructure to industry — this in itself makes the hosted payload option a valuable approach.