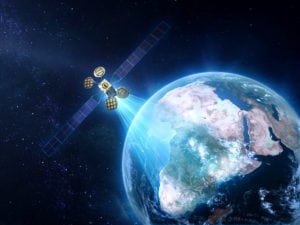 [Via Satellite 06-24-2016] Eutelsat Communications is ramping up activities on its Broadband in Africa initiative, which it set up in 2015 to provide satellite broadband services in Africa. The operator announced earlier this week that InfraMed had become a c.21 percent shareholder in this venture. Laurent Grimaldi, CEO of Broadband for Africa, told Via Satellite that the venture has ambitious capital expenditure plans. The first will use the Ka-band payload on the Amos 6 satellite and Hughes Network Systems’ gateways and user equipment. The second is a standalone 75 Gbps High Throughput Satellite (HTS) that will have high levels of operational flexibility. Eutelsat plans to start services early in 2017 and will step up in 2019 with its standalone satellite.

On the technical side, Eutelsat is setting-up the ground segment in France, Italy and Israel for the first satellite to enter into service at the beginning 2017. Its immediate priority is to set-up a network of quality partners with strong distribution skills. The company is looking for partners with a strong local presence that understand satellite broadband and how to integrate it into their service portfolio.

However, while Africa as a market is rich in potential for satellite players such as Eutelsat, it is not without obstacles, particularly on the regulatory side. Grimaldi admits regulation and policy can be “challenging” in some African countries for large-scale deployment of satellite broadband services.

“Rules are frequently based on legacy satellite services with small antenna parks dedicated to high value corporate customers, leading to high licensing costs. However, most governments understand that satellite broadband at affordable cost brings real economic and social value to their constituents and have begun to address the opportunity to create a favorable regulatory environment,” he said. “Broadband for Africa is working closely with governments to help them deploy services to a wide range of markets such as Small and Medium Enterprises (SMEs), public institutions, end users, etc. in need of developing new applications in line with Africa’s development.” 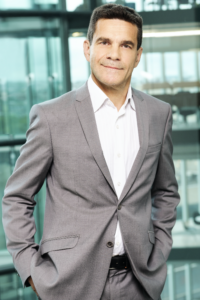 With so many players entering the African market, it is a crowded market. With GEO as well as MEO satellite capacity available, and so many focused on the broadband opportunity, is there enough business for all the players targeting this market? “As one of the fastest growing markets in the world, Africa’s broadband landscape is naturally attracting players in the satellite sector with varying strategies, technologies and business models. Broadband for Africa differentiates with a value proposition of high quality and high availability broadband solutions at affordable prices, working hand in hand with local African partners. We plan to deliver premium services through excellence in service delivery, flexibility to adapt to client needs, and innovative solutions,” Grimaldi said.

The deal with InfraMed was a significant one for Eutelsat, as it had always planned to bring in partners for this venture. Other partners could also join. “Our roadmap for Broadband for Africa has always included the addition of partners bringing knowledge of the African market. InfraMed’s profile is a great match thanks to its successful track record of significant infrastructure investments, its sector knowledge and financial expertise. Other investors could join the venture in future rounds,” Grimaldi added.

“Studies from the World Bank show clearly that the development impact of broadband on emerging economies is greater than on developed countries i.e. a 1.4 percent increase in GDP for each 10 percent increase in broadband penetration. Eutelsat’s investments in new infrastructure will bring value by accelerating Africa’s digital transformation through a wide range of services for consumers, enterprises and public entities. Eutelsat strongly believes in the African growth potential. Through my own professional experience in the broadband market I see the huge technical, financial and deployment advantages of satellite technology over other modes of delivery,” he said.

The company’s announcement last year of a collaboration with Facebook and Amos Spacecom to bring capacity to Africa was one of the most high profile deals of the year. Ryan Wallace, Facebook’s technical program manager, told Via Satellite this year about some of the key learnings for Facebook when looking at broadband in Africa. “When Facebook goes into these rural areas like Tanzania or Madagascar, for example, and you ask people if they use the Internet, they will often say no, but if you ask if they use Facebook or Whatsapp, they will say yes. While it is great they use the product, there is this lack of understanding of the value of the Internet and what the Internet can bring,” he said. “Facebook can help the satellite industry by increasing the demand within those areas through the outreach projects that we are doing, through the business development models that we are bringing, as well as using new technologies that will increase capacity requirements.”

The data opportunity in Africa will be an exciting one to witness over the next few months. “We believe that the explosion of connectivity needs and varying government, professional and consumer needs will steer the communications landscape toward a mix of technologies, each of them having its own relevance, whether it is fiber, 4G and of course satellite broadband,” Grimaldi said.