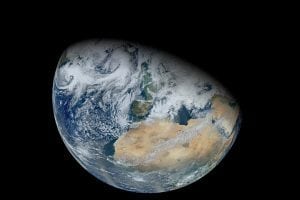 [Via Satellite 06-07-2016] There is a major push to extend internet access and general connectivity across Africa which, being the second largest continent in size and population, is a big task. While satellite companies have many current and existing efforts to provide connectivity, fiber growth is advancing as well.

Fiber-to-the-Home (FTTH) constitutes a small but growing percentage of fixed broadband connections. According to the FTTH Council Africa, Roland Montagne, principal analyst and director of market development at Idate, pegs the global number of Fiber-to-the-Home/Business (FTTH/B) at 232.8 million subscribers at the end of 2015.

Juanita Clark, chief executive of FTTH Council Africa, told Via Satellite that the developing world lags behind in FTTH deployments today, but there is a groundswell of efforts to connect more people, which may soon boost these numbers.

“As more countries appreciate the impact that effective broadband can have on their economies, they are making great attempts to ensure that their countries are not left behind. Today, almost every country in the world has a broadband strategy, and these are all very ambitious strategies that will rely on high bandwidth technologies, of which fiber is a key infrastructure,” she said.

Clark said she expects some continents may see ubiquitous deployment of FTTH, whereas others will require hybrid solutions to ensure that underserved areas are connected. She also anticipates that the perception of FTTH as “connectivity for the elite” will fade as it is deployed in smaller towns and the countryside.

Satellite will have a big role to play in connecting rural Africa, however, as already demonstrated by the numerous satellites from more than a dozen operators. Clark said both satellite and fiber will be needed to improve connectivity for a continent with such scale as Africa.

“As an African, it is important that we distinguish between rural Europe and rural Africa. The sheer vastness of the continent means that many people in extreme rural areas will not have access to FTTH and will always rely on alternative technologies to ensure that they are connected,” she said. “I believe that satellite has a big role to play and will be an important enabler for many communities.”

Historically she said satellite and FTTH tend to take siloed approaches to the market, but she believes that as the demand for bandwidth increases, there will be more collaboration.

The number one obstacle to FTTH remains the challenge of physically deploying the infrastructure. Clark said that, in some countries, getting access to legal right of way to build fiber is a slow and cumbersome process that though improving, still slows down infrastructure deployments.

“Education remains critical,” she explained. “We need strong engagement with governments and regulators to ensure that they understand the importance of fiber optic infrastructure and remove barriers to entry. We would also like to engage more investors to stimulate the market. Africa has so many opportunities and possibilities and we want to take these to people that are looking to invest elsewhere.”

Clark listed Kenya and South Africa as the frontrunners for FTTH, with South Africa getting speeds of 100Mbps. Namibia and Mauritius have also announced FTTH plans.

“To our knowledge there are small deployments in parts of the largest cities in Algeria, Egypt, Kenya, Mauritius, Morocco, Nigeria, and South Africa, and not very much at all elsewhere,” Philip Bates, principal at Analysys Mason, told Via Satellite. “The fundamental issue is lack of affordability, which means that the take-up in covered area tends to be low and turn-over of customers (churn) is high. Other major cities have metro networks, which aim to connect up mobile base stations, large enterprises and gated communities of high-end homes, but there’s no mass market deployment. The fundamental issue is that mobile broadband is much cheaper to deploy, particularly when take-up is low and churn is high.”

According to Bates, FTTH represents only 4 to 5 percent of these connections in Sub-Saharan Africa, along with Latin America, compared to nearly 60 percent of those in the emerging Asia Pacific, 8 percent in Western Europe and 12 percent in North America. Bates said that the business case for FTTH improves if you can use aerial deployment, but that in Africa the duct networks are poor or non-existent. Therefore, it is only economic to build in areas where there is a high concentration of enterprise networks.

When FTTH is present, Bates does not expect satellite will be used in the same area because once the high fixed cost is overcome, there is typically a low variable cost. However, he said the introduction of fiber could create new opportunities for satellite.

“There is potential for fiber with satellite for last mile and satellite broadband in rural areas. I could see more of that happening in the future. Clearly a lot has happened on the international connectivity side in the last five years,” he said. “Even inland countries are getting fiber from the coast. But typically those networks are targeting enterprises — hotels, a few high-end data communities — but not the majority of homes. [Those] still will be wireless last mile because copper networks are poor or nonexistent.”

Bates added that satellite can be used to extend the coverage of broadband networks in areas where the customer density is too low to support a fixed roll-out, or potentially to test the market for future fixed deployments. Satellite also has a role in backhaul, though he said this is more likely to be mobile backhaul than fixed backhaul.

Clark said there is huge demand for high speed internet, but connectivity and affordability are critically linked. In Africa the cost to communicate is still very high, she said. Clark notes that fiber costs have come down dramatically in the past few years, and she expects they will continue to drop, but ultimately believes it will be a mix of connectivity solutions that prove to reach the most people. Furthermore the debate between one technology over the other is more of an internal industry discussion, she said, rather than among consumers. End users are more inclined to view the different technologies as complementary based on purpose and place.

“As a society we will need to ensure that we provide all people with connectivity. In Africa one is struck by such great need in so many areas, and if I insisted that each person in Africa must have FTTH connectivity, that makes me ‘umphuphe’ (Zulu word meaning fool). Consider the hundreds of thousands of Maasai people that are nomadic. See, each area is different and has different needs; these needs require unique solutions tailor-made to the region it is supposed to serve. There is no one size fits all. However, we need clear and open dialogue about what is best in a particular area. This dialogue needs to include governments and regulators as we come together find solutions for all our people,” Clark said.