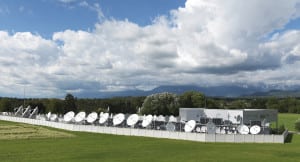 [Via Satellite 12-28-2015] Slovenia-based Satellite Telecommunications Network (STN) is preparing for an Initial Public Offering (IPO), having grown significantly as a privately owned business to continue seeking new business opportunities. Founded in 2004, the Lovsin family runs the business, which has since grown in scope from European, to regional to global.

Mitja Lovsin, CCO of STN, told Via Satellite that as of November 2015, the company was distributing 600 channels, and revenue for the year rose by 15 percent. STN is anticipating a similar level of growth in 2016, and is restructuring to continue at this rate.

“We are currently preparing for the IPO as we speak,” Lovsin said. “We grew so much in the last 10 years since we were a privately owned company, that we decided now is the time for the next steps.”

Those next steps included registering as a Public Limited Company (PLC) and entering the stock market. STN is forming a new board of directors so that the owners can concentrate more on the future strategy rather than the day-to-day running the business. The company hopes to complete the IPO by 2016 or 2017.

“With the new general manager on board supported by the new internal personnel restructuring and time dedicated to new area’s of the business, we anticipate enhanced current and new client services with a fresh energy to STN. The company will be in a much stronger position where time can be more dedicated to new areas of the business,” he said.
One of the areas STN is looking for new business is within the European Union (EU). Slovenia is a full member of the EU, and a member of the European Space Agency (ESA). To date, STN has focused mainly on traditional broadcast services including uplink and playout with its teleport, satellite and fiber infrastructure. But with greater human resources to leverage, the company could pursue other projects as well. Lovsin listed ESA, Eumetsat and Horizon 2020 as new areas STN is pursuing.

“There are also a lot of other projects which are more into the new, powerful satellites which are IP transmission based,” he added. “There is a lot of new opportunity out there and now with the new structure in place we are ready to move in the next direction.”

In the coming years STN expects to diversify from its core broadcast business, though it will still remain important. The Middle East, STN’s first market outside of Europe, is now its biggest, and the company continues to add new capacity and services to support Direct-to-Home (DTH) broadcast activity there. STN has a partner facility through which it fields several transponders over the Americas, and also has capacity over Asia, Australia, New Zealand and elsewhere.

Lovsin described Africa as potentially “the next big thing,” regarding regional markets. The China-owned Star Times DTH platform is growing fast, and continues to increase in need for new services from STN. Lovsin said STN had one DTH platform for a customer in Africa that was broadcasting from Spacecom’s Amos 5 satellite, which due to a debilitating anomaly, STN switched to an SES satellite. Though an active market, Lovsin cautioned that Africa still carries big risks.

“There is a constant growth, there is constant demand, and constantly new things developing, but you need to be really careful. Africa is still a volatile market. A project can be stopped before it even starts because your contact stops communication. Although we do distribute a lot of African channels, not only within the region but worldwide, we feel it’s wise to do so with caution. We deal mostly with foreign investors and not directly with Africa,” he explained.

Lovsin said it is very rare that channels shift completely from satellite to IP but that it is unclear if that will always stay the case.

“This is obviously not happening yet. It might happen in a few years, we don’t know, but at the moment it isn’t happening,” he said.

Still, demand for satellite capacity continues to be strong for STN. Lovsin said the company procured more capacity in 2015, and expects to do so in 2016, 2017 and likely further on as well. He noted that coveted satellite hotspots remain booked very quickly, and that advances in compression technology have made distributors capable of doing more with less. STN works with more than half a dozen satellite operators to provide coverage around the world.

“We currently occupy 10,000 square meters of land, and it is pretty fully so two years go we bought an additional 10,000 square meters of adjoining land where plans are underway to build a new infrastructure, he said, adding that the building permission process is almost complete. “We will have space for 20-plus big uplink stations, nine-meter and larger antennas.”

STN also invested into a new management system in 2015. Lovsin said the company switched to Crystal’s Network Management System (NMS), which is going live in January, and bought OTT equipment from players like Elemental. STN furthermore recently completed a major Internet and L2 Point of Presence (PoP) infrastructure upgrade. STN started supporting Ka-band services from its teleport in 2013, but Lovsin said with more High Throughput Satellites (HTS) trending toward C- and Ku-band frequencies, this has not been as popular as originally perceived.

Lovsin said the majority of the preparation for STN’s IPO is complete. The new general manager is to join soon, and once 2015 financial results are tallied, the company will be ready to enter the next phase.

“We will then complete and finalize all the documents for the IPO. It’s a large and lengthy procedure and when the time is right we will start discussions with some of the investors that we know will be interested,” he said.