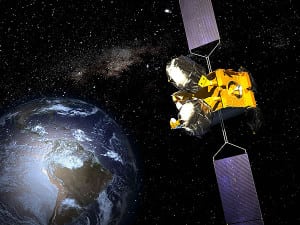 [Via Satellite 05-20-2015] Mexican telecommunications company Globalsat has entered an agreement with Hispasat for capacity from multiple transponders on the Amazonas 2 and Amazonas 3 satellites. The capacity is for broadband services in the México Conectado program’s10K Networks initiative, which seeks to provide Internet access to more than 10,000 public facilities such as schools, community centers and hospitals. Globalsat will connect more than 8,700 public spaces in rural or remote population centers, making it the largest satellite capacity supplier for the Secretariat of Communications and Transport (SCT) program.

The 10K Networks initiative is divided into four segments, of which Globalsat will serve three. Hispasat has provided connectivity services to the fourth area via the Amazonas 2 satellite since 2013, covering almost 1,700 places. The new Globalsat agreement is to provide the necessary capacity for the 10K Networks initiative over the next few years.