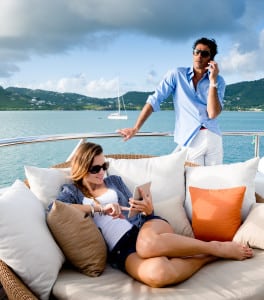 Yacht captains or ETOs can customize or manage their UltraBurst service based on the needs of owners and guests. They can implement bandwidth bursts when needed, while maintaining the same levels for operational tasks and crew welfare services. UltraBurst is the first of several high-speed connectivity options MTN has planned for the near future, including the company’s HTS Multi-Spot Beam (MTN HTMS) capacity, beginning in 2016.