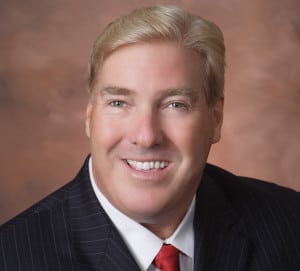 [Via Satellite 03-13-2015] Satellite service provider TrustComm is in the middle of a number of significant investments aimed at making the company more competitive. A series of partnerships over the past few years has led TrustComm into new markets, resulting in critical infrastructure decisions to further expand in places such as Europe, Africa, Asia and Australia. Bob Roe, CEO of TrustComm told Via Satellite where the company is focusing today, including a multi-million dollar teleport project, the addition of new High Throughput Satellite (HTS) services, and emerging opportunities domestically and internationally.

TrustComm is building a teleport in Cyprus for Starlight, an end-to-end Mobile Satellite Service (MSS) managed in the U.S. and delivered via Thuraya. Starlight serves customers in energy, maritime and government. Hughes Network Systems is building out the packet data switch, Integral Systems Europe completed the Earth station antennas last month, and TrustComm has hired additional operations engineers and teleport staff to ready the site. TrustComm was considering building a second teleport, but Roe said as they evaluated this option it became clear it was not necessary.

“The goal was to be able to access both the T2 and the T3 satellites of Thuraya (T3 being over in the Far East), and we have been able to determine that we can access both of those satellites from Cyprus,” he explained. “So we will build out Cyprus to access both satellites from a single station, and we are doing that as we speak. Cyprus comes online for us in June this year.”
Another major focus for TrustComm is providing more end-to-end applications for Fixed Satellite Services (FSS). Rather than just providing the pipe, the company wants to tailor application and content solutions to customers in order to meet specific challenges such as latency, reliability, and field and life cycle support. Roe expressed confidence that the company’s close relationships with customers help recognize challenges to build out better solutions. New satellite systems coming online are bolstering this effort.

“From an FSS perspective we started out a year and a half ago working with Boeing on Global Xpress and we continue to do that today, particularly as the most recent Ka satellite by Inmarsat was launched successfully. We also introduced O3b services into the portfolio, and I’ve been very impressed by that solution as well,” he said.
TrustComm and Boeing partnered to sell Global Xpress (GX) capacity from Inmarsat in March last year. Inmarsat’s constellation of three HTS satellites was delayed due to a 2014 Proton launch failure, but the first two satellites are in orbit with the third anticipated during the first half of this year. The second GX satellite, Inmarsat 5 F2, is expected to reach Geostationary Earth Orbit (GEO) this month.

“The difference that a MEO satellite is making to the customers that we serve is large … it’s allowing us to expand with mobile network providers as they roll out LTE or 3G services. This becomes an extension of that service for the backhaul, and I think that is going to be particularly a great growth area in the Navy as well as mobile operators, for example, as they expand across Africa,” he said.
With Inmarsat, TrustComm is also seeing wide adoption of its L-band Tactical Satellite (L-TAC) solution for military customers. Roe cited the limited availability of Ultra High Frequency (UHF) capacity on a global scale for a large number of users as the primary reason. Adaptors added to already fielded UHF/Very High Frequency (VHF) radios augments them to tap into Inmarsat’s L-band space segment. Coalition forces are showing strong interest in the commercial solution, he said.

TrustComm’s business is split approximately 85 percent commercial, 15 percent government, according to Roe, with Ka-band services from O3b, Inmarsat, and Starlight from Thuraya driving mainly commercial demand. Last, though certainly not least, improving security is the fourth major focus area. TrustComm’s primary Network Operations Center is located on Ellington Field Joint Reserve Base in Texas. Already supported by a unique level of physical security, Roe said improving the secure monitoring, maintenance and troubleshooting of each network is another priority.
“Our commercial market customers are just as concerned about security as the government — the government is just much more vocal about it,” he said.

Looking forward, TrustComm intends to bridge more satellite solutions into LTE networks, building on the success it has seen to date with O3b. While several international markets are a focus, Roe acknowledged an early interest in finding opportunities with FirstNet, a nationwide U.S. wireless broadband network dedicated to public safety. Though still early days, the U.S. Department of Homeland Security (DHS) expects that rural areas of the country such as out west are more likely to need satellite.