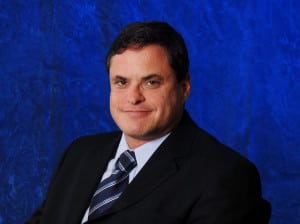 [Via Satellite 02-11-2015] Brazilian satellite operator Embratel Star One is readying for an increase in demand for mobility services, along with the permanent presence of Ultra-HD in Latin America. The company’s first new satellite since 2012, Star One C4, is scheduled to launch this year with Arianespace, followed in 2016 by the first satellite in the operator’s D-series, Star One D1.

Gustavo Silbert, executive director of Embratel Star One, told Via Satellite the operator saw Year-over-Year (YoY) growth from 2013 to 2014, and that 2014 was a strong year overall. He expressed enthusiasm at having both of Star One’s new satellites in orbit and operational in time for the 2016 Olympic Games, which Brazil is hosting in Rio de Janeiro. The new spacecraft will augment the operator’s existing fleet, and bring growth potential in time for 4K, which Silbert believes will come to stay in Latin America well past the end of the Olympics.

“Ultra-HD 4K starts to be a reality in Latin America’s region. By the time of the Olympics, the demand for TV transmissions with this quality will be necessary. We don’t have any doubt about it. Of course, this will pose some pressure on demand since 4K demands more bandwidth. However, we are confident there will be no lack of capacity to meet this demand. Looking more in the future, once people are used to better quality it will be hard to return to older and less quality standards. Once you get used to HD you do not want to go back to SD anymore. It will be the same thing with 4K,” he said.

Under construction by Space Systems Loral (SSL), Star One C4 will be collocated with Star One C2 at the 70 degrees west hot spot, bringing 48 additional Ku-band transponders online, effectively tripling the capacity at the orbital slot. Silbert said the satellite will boost Embratel Star One’s ability to support Direct-to-Home (DTH) broadcasts for around 4 million subscribers from the América Móvil Group company Claro HDTV in Central and South America. As many as 25 million antennas are directed to the 70 degrees west orbital slot, according to Embratel Star One.

“We see a large demand for mobility services and our first D-family satellite, Star One D1, will be focus on supporting Claro Brasil mobile backhaul expansion over the most remote regions of the country,” said Silbert. “The big driver will be the requirements for data traffic over the cellular network and the demand for broadband access at everywhere under our coverage of Brazil.”

Silbert said he has not seen any major surprises in industry trends in recent years. The continued development of DTH in Brazil, along with the expansion of mobility services are best viewed as natural developments, he added. The strong market potential of Latin America has been drawing operators old and new to the market. Social programs aimed at ending the digital divide, growth in oil and gas activity and a robust regional DTH market have created an attractive environment for services. This has fueled concerns about an overabundance of capacity, however, according to Euroconsult Senior Consultant Nathan de Ruiter.

“The expansion plans of [Fixed Satellite Service] FSS operators can create a temporary situation of oversupply in the medium term in Latin America,” de Ruiter told Via Satellite. “Market growth in Latin America has been very strong in past years, with increasing fill rates and capacity pricing. This has attracted capacity investments coming from existing players (Hispasat, SES, Star One, Telesat, and Intelsat) as well as new market entrants, some of which are state-owned national operators in Mexico, Argentina, and Bolivia. As a result of new satellite launches, regular wide beam capacity supply in Latin America is projected to grow by 50 percent from 2013 to 2016, driving the average fill rate below 70 percent.”

Euroconsult expects increasing competitive pressure on capacity lease rates because of the influx of satellite operators for telecom applications such as enterprise networks, trunking and backhaul and rural broadband connectivity. High Throughput Satellite (HTS) investments in Latin America may also contribute, though de Ruiter noted that the narrow spot beam technology employed means that the available supply at any given point will generally hover around 2 percent of the total supply available for the region.

However, Silbert said he is not worried about oversupply diluting the potential for satellite in Latin America. The company is confident in its ability to serve the Brazilian market, as well as expand outwards across the continent and into North America. Silbert said the operator is focusing on developing new services and applications in partnership with customers in order to adapt to the new, more competitive environment.