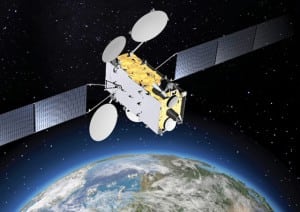 [Via Satellite 09-16-2014] Telebras and the Brazilian Ministry of Defense have ordered a X- and Ka-band satellite from Thales Alenia Space. The Geostationary Satellite Defense and Strategic Communications (SGDC) spacecraft is planned to serve both military applications as well as provide telecommunications to rural parts of the country.

Currently, Brazil relies heavily on foreign satellites but once complete, the satellite will be fully controlled and operated within the South American nation. While the X-band payload will serve the military, Telebras will operate the Ka-band payload as part of the National Broadband Plan (PNBL) to connect the Amazon, Northeast Brazil and other isolated regions. Arianespace is slated to launch the SGDC in 2016.