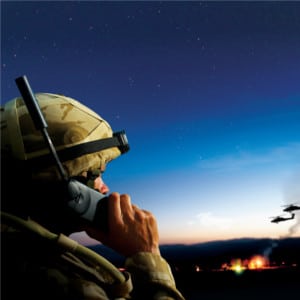 [Via Satellite 05-08-2014] Euroconsult has released a new report on military satellite communications (milsatcom) usage. According to the report, U.S. Department of Defense (DoD) satellite usage has increased five times in the period between 2000 and 2012. Also, bandwidth usage per deployed U.S. soldier has increased by more than 150 percent over the past 10 years.

Commercial satellites supply about 70 percent of the satellite capacity used by the military, according to Euroconsult. Besides operators, an entire ecosystem of service providers exists to supply the Milsatcom industry, such as antenna manufacturers, satellite manufacturers and system integrators. However, Euroconsult believes that even more open research needs to become available on the subject, and has called for a long-term plan to assess this specific market.

“I wanted to look under the hood of this market to see what really drives or limits demand for satellite capacity — the kilobytes, the UAV flight-hours, the days of sailing — and to inventory user equipment as precisely as open sources would allow,” said Stéphane Chenard, senior associate consultant at Euroconsult, and principal author of the report. “We felt that the milsatcom sector was at a turning point as more than a decade of war winds down; it was time to take stock and map out what the future could really be like.”