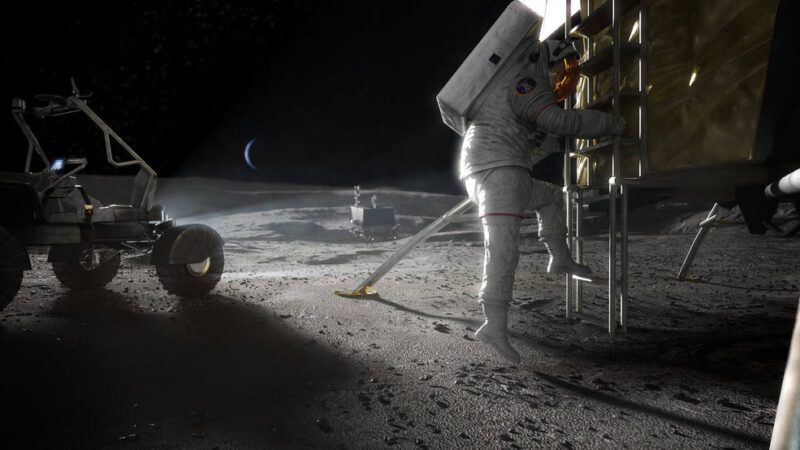 The Senate Appropriations Committee went above NASA’s budget request for fiscal year 2022 in its appropriations bill released Monday, but asked the agency to pursue a second Human Landing System (HLS) for the Moon with just $100 million.

The Appropriations Committee is providing $1.295 billion for HLS, an increase of $100 million over NASA’s budget request for HLS, expecting NASA to pursue no fewer than two HLS teams.

NASA awarded SpaceX the sole, firm-fixed price $2.89 billion milestone-based Artemis program contract to send astronauts to the Moon on the SpaceX Starship in April 2021. Blue Origin has protested the decision and legal action is ongoing, and members of Congress have disagreed with the approach as well.

The committee said that “NASA’s rhetoric of blaming Congress and this Committee for the lack of resources needed to support two HLS teams rings hollow.”

NASA is now directed to use this funding to “ensure redundancy and competition, including robust support for research, development, testing, and evaluation for no fewer than two HLS teams. The committee expects real investments in development rather than additional studies,” the budget request explanation reads.

Yet it’s unclear how NASA will achieve what Congress is asking with these funds. NASA had told Congress it would need about $4.4 billion in FY2022 to support two contractors for a 2024 Moon landing. NASA Administrator Bill Nelson is also seeking funds from the infrastructure bill, according to Space Policy Online.

NASA is now expected to deliver a plan to Congress within 30 days.

In addition, the committee is granting for the first time NASA’s request for commercial Low-Earth Orbit (LEO) development, which focuses on maintaining a continuous human presence from the U.S. in LEO, i.e. alternatives to the International Space Station (ISS).

The committee’s recommendation provides the full budget request of $101 million, which it said should be “primarily focused on solving supply rather than demand problems and growing promising research across all industries.” The committee said it supports public-private partnerships for commercial capabilities in LEO such as a docking node on the ISS.

Overall, the committee’s recommendation provides about $24.8 billion for NASA. This is $1.6 billion above the fiscal year 2021 enacted level and $25.8 million above the budget request.