An artist’s rendition of the OneWeb constellation. Photo: OneWeb

Though it would be a challenge, it was evident that OneWeb’s project was groundbreaking. The company aimed to disrupt the space industry with its large satellite constellation – and that it did. OneWeb set a precedent that large players such as SpaceX, Telesat, and Amazon only followed.

From early on in its journey, U.K. regulators, such as Ofcom and the U.K. Space Agency, showed openness and interest in OneWeb. When OneWeb went through Chapter 11 earlier this year, it had already achieved a lot in terms of development, assets, and market access, and the U.K. government was well-informed on the system, its assets, and its potential.

This made the U.K. government ready to bid on a buyout of OneWeb and all of its global assets in partnership with Sunil Mittal of Bharti Global Limited. This investment allows the U.K. to capitalize on the wealth of knowledge and technological advancement that OneWeb has accomplished, and it creates specialized jobs and fosters technology innovation in the NewSpace market.

OneWeb originally aimed to bridge the global digital divide with its large constellation and subsequent evolutions to provide internet access to schools around the world. This mission is still valid and achievable. In 2018, I led a study project for the European Space Agency (ESA) on the potential applications and services offered by large satellite constellations, in which OneWeb was used as the reference model. The user case study found that the greatest value of large constellations would come from government use, given the service is affordable, easy to install, and easy to maintain.

During our ESA study project, the question on dual usage of large constellations in Low-Earth Orbit (LEO) by adding additional payloads, such as Positioning Navigation and Timing (PNT), came up in debates between the experts. Our conclusion was that this opportunity needs to be studied more in-depth and the cost-benefit-technical feasibility balance should also be assessed. As a U.K. taxpayer, I hope that the British government will take a holistic approach to the space capabilities it is developing and supporting, and ensure the overall cost-benefit efficiency, including any potential dual use. PNT may need a strategic home, but more importantly it also needs to make technical, operational, and business sense.

Last year, I founded the Access Space Alliance, an international non-governmental organization that unifies small satellite and NewSpace stakeholders. Out of about 100 members, one third are from the U.K and OneWeb’s project greatly benefits these space organizations. OneWeb serves as an industry reference and role model for new businesses entering the emerging small satellite market. It also provides future opportunities, for example through the ESA collaboration and the U.K.’s Space Agency project investment made in 2018. It has challenged the satellite supply chain through repurposing aircraft and car line manufacturing processes. This has made the process more efficient and cost-effective, positioning the European space sector at the helm of satellite manufacturing.

OneWeb has also brought intellectual property and innovation to the U.K. The opportunity offered by OneWeb and similar projects provides a great opportunity to position the U.K. as a frontrunner in the provision of Non-Geostationary (NGSO) broadband capacity around the globe, which provides independence and service in the U.K. and the British Isles, in both the fixed and mobility services.

OneWeb’s experience serves other important lessons which are applicable to all new projects: securing spectrum priority early on is undeniably a key asset; the importance of developing a robust and cost effective ground segment is vital to appeal to customers;  managing costs and scaling up are critical; and optimizing systems as well as operational/development processes are also major elements in the success of a large and global system as OneWeb, as the scale of development is immense.

However, investors should not avoid investment in new satellite and space projects due to the high risks of technology, the scale of a project, or a business model with a long infrastructure lead time. In the United States, private entities and government have invested in high-risk projects, and history has shown that the returns are immense. European investors have tended to be more conservative and seek short term ROI. This modus operandi does not work and will never match the successes the U.S. has had.

I hope that venture capitalists and other equity providers recognize the financial appeal of solutions and existing assets beyond the long lead time of space infrastructure. In order to mitigate risk, VCs should consider a wider portfolio of complementary space startups rather than limiting the number of deals. Access Space Alliance’s members bring innovation and disruption, which provide strength to portfolios and bring unicorn-type potential. 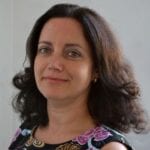 Betty Bonnardel-Azzarelli is a founder and director of Access.Space Alliance, a U.K. industry body to support the small satellite sector. She’s also the CEO of AB5 Consulting and chair of the Society of Satellite Professionals International (SSPI) U.K. Chapter. Betty has extensive international experience in the aerospace, satellite, energy, nuclear, transport, and defence industries, for both public and private sectors. In her role at AB5 Consulting she assisted OneWeb in accessing markets, developing new regulations and satellite licensing rules for a constellation. She holds two Master of Science degrees in aeronautical and space engineering, a diploma in international nuclear law, and an MBA.