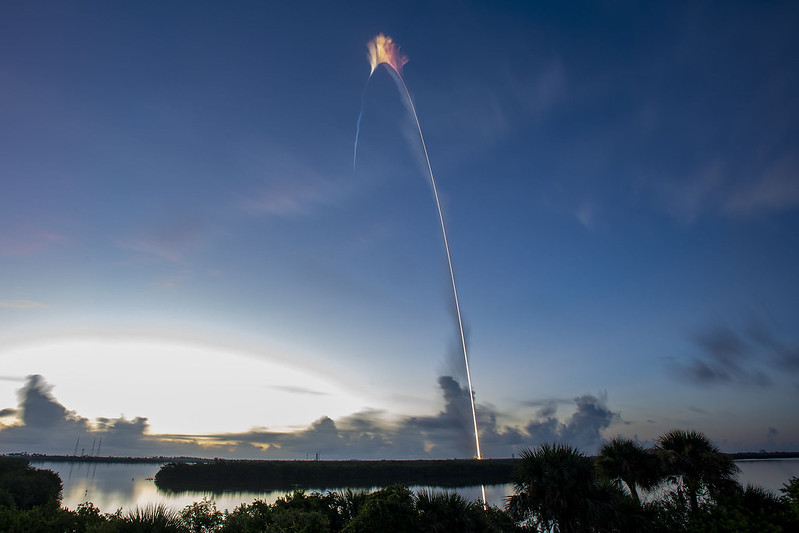 Lockheed Martin said that “the OPIR mission has become more critical as ballistic missile technology has proliferated around the world with over 1,000 missile launches tracked annually.”

“Lockheed Martin recognizes that modernized technology is needed to augment the current missile warning architecture and improve resiliency against attacks,” the company said.

The SBIRS GEO satellites are to inform the design of their successor, Lockheed Martin’s Next Generation OPIR GEO system. Like the SBIRS GEO-5 and GEO-6 satellites, the Next Generation OPIR GEO satellites are to be based on Lockheed Martin’s modernized LM-2100 combat bus, which is to provide cyber hardening, resilience features, and improved power, propulsion and electronics.

Congress is giving some thought as to what should happen if SBIRS satellites retire early and/or the Next Generation OPIR GEO program is delayed.

“The committee understands that the [Next Generation Overhead Persistent Infrared] program is schedule-driven with the constraining factor being the remaining life expectancy of the current Space Based Infrared Radar System,” per the committee’s draft report on the bill. “Given that ballistic missile defense is a no-fail mission, a capability gap cannot be tolerated. However, analysis of the MEO/LEO constellation programs during the fiscal year 2023 program and budget review indicate that they are scheduled to field prior to NGEN OPIR, deliver additional capability to track emerging threats, and provide a distributed transport layer, all within a more resilient architecture with a modernized acquisition approach for future capability upgrades. The committee realizes that a change in architecture is required to compete in space, particularly in the transition from a benign environment to a warfighting domain.”